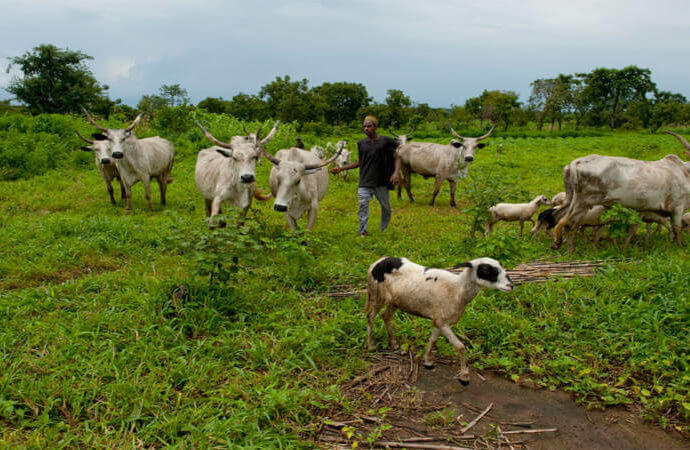 Gomu told the News Agency of Nigeria (NAN) in Abuja that artificial insemination needed to be financed and more hands employed to service the centres.

AI is the breeding of a female with semen that has been collected and inseminated into the uterus or vagina using instruments or equipment rather than by natural service (breeding).

“What we have seen is that the sub-sector has been neglected in terms of financing.

“However, if a little attention is given it will upgrade local cattle breeding, boost milk and meat production.

“For example, local breeding produces one litres to two litres of milk but when cross bred, the female cattle can produce up to 10 litres to 15 litres per day,’’ the official said.

According to him, during artificial insemination treatment, the female cattle menstrual cycle is closely monitored using ovarian kits, ultrasounds, and blood tests.

He said that the semen to be implanted would be washed in a laboratory, which increased the chances of fertilisation while removing unnecessary and potentially harmful chemicals.

“The semen is inserted into the female, and if the procedure is successful, it conceives,’’ Gomu said.

He urged the Federal Government to get involved in such programmes, saying that it would help to boost livestock production in the country.

He advised government to get extension workers to educate the rural farmers on the artificial insemination process.

“Government should give more attention to artificial insemination centres in terms of finance and manpower.

“If adequate attention is given to the AI centres by financing and increasing security, it will help tackle unemployment, and revenue generation will be improved,’’ the official said.

Also speaking with NAN, Mr Olagbaju Tumise, a laboratory and animal technology consultant, said that his organisation would start training farmers on the rudiments of profitable ruminant production through artificial insemination.

Tumise, who is the Chief Executive Officer, Real People Concept, said that farmers had in the past left breeding to unprofitable animals.

“To breed effectively, farmers must make use of modern technology such as Draminski estrous detector, Draminski pregnancy detector and Draminski portable ultrasound scanners in their breeding plan.

“A number of times farmers are not sure whether their animals are pregnant or not. One of the ways to check pregnancy in large animal is through ultrasound scanning,’’ he said.

The consultant said that artificial insemination had numerous advantages that farmers could benefit from like disease control, because there would be no skin contact as in natural service.

“The most important diseases it protects against are transmission of the herpes virus-equine coital exthanema, which is caused by a bacteria.

“ In addition, antibiotics can be added to the semen at the time of insemination or collection to reduce or totally eliminate breeding of the mare with any bacteria at all,’’ he said.