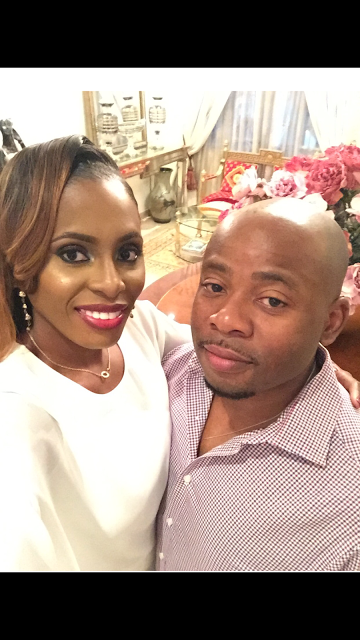 It was a celebration galore penultimate weekend in the serene town, Oraifitie in Anambra State when dignitaries from all walks of life, political bigwgs and showbiz stars stormed the magnificent abode of one of the prominent Igbo indigenes in Nigeria, Sir Emeka Offor for the marriage ceremony of his pretty daughter Ifeyinwa Sandra Offor and her beau Ikenna Osita Oliobi who hails from a neighbouring town Nimo, in  Anambra State .The traditional wedding ceremony which held precisely on Saturday 8th April ,2017 had all the trappings of wealth, and the Igbo billionaire spared no cost to make his daughter’s wedding a grand ceremony. Ifeyinwa who is his daughter from his senior wife is a replica of her beautiful mother. The bride’s mum who radiated with joy all through the ceremony also looked glam in her outfit and was pictured extending her warm appreciation to her guests. The event had all the Easter governors in attendance, the likes of Anambra State Governor Obiano, Imo State Governor Rochas Okorocha, Enugu State Governor Ugwuanyi and several other dignatries. The couple Ify and Osita met few years ago and kicked off their relationship as friends before the bond grew strong enough to take it to another level. They had their introduction ceremony last December. Among the other dignitaries who stormed the event are Chief Sir Victor Umeh OFR who arrived with his  wife Lady Prisca Umeh, Sen.Ken Nnamani, Annie Okonkwo,Chris Ubah, Former Ogun State Governor Gbenga Daniel,Former Borno State Governor Ali Modu Sheriff,Sen. Ifeanyi Ararume among several others. Also in attendance was Sir Emeka Offor’s new and gorgeous wife, Adaora .The ever glowing mother of one looked resplendent in her custom made green and cream traditional outfit. The colourful event boasted of first class services from refreshment, food and entertainment as top music stars Flavour and Phyno serenaded guests at the ceremony. The bride who dazzled in 3 different attires for her big is the first among her  siblings . Sir Emeka Offor who ranks among the richest Igbo billionaires  is the Executive Vice Chairman of the Chrome Group, a dynamic and articulate entrepreneur with nearly three decades of business experience. He has built a vast business empire with interests in Oil and Gas, Insurance, the Power Sector, Telecommunications and Logistics, both in Nigeria and overseas. He is married to more than one wife and the celebrant is the daughter of his senior wife. The bride Ifeyinwa is an ebony beauty and a very bubbly young lady in her late 20s.She is  fondly called Ify and also very stylish. Ify paid attention to details on her wedding day as she was adorned in very lovely attires made by prominent designer. She spent her early years in the Uk where she also schooled. She  is a graduate from University of Surrey and attended Regents Business School London. She had her high school at British School of Lome and American School in Switzerland respectively.

How I fell In Love & Married My Wife, NIKE – Pastor Sam Adeyemi

Primate AYODELE Out With New Prophecies, Speaks On What Will Happen To Apostle SULEMAN!