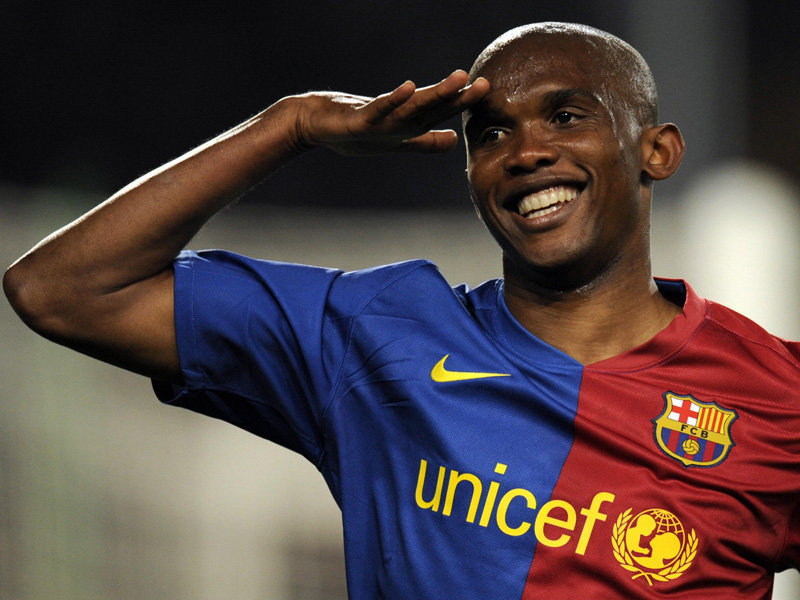 Four times African Player of the year, Samuel Eto’o congratulated Cameroon after they held hosts, Gabon to a 0-0 draw to reach the quarter-final of the 2017 Africa Cup of Nations on Sunday.

Goalkeeper Fabrice Ondoa put up a commanding display to ensure that the Indomitable Lions were not subdued by the hosts, who were in dire need of a victory at Stade de l’Amitié.

Cameroon’s draw with Gabon in Libreville means they are through to the last eight as runners-up in Group A behind Burkina Faso.

And it appears the 35-year-old still holds Indomitable Lions close to his heart after applauding them for beating Gabon to the last eight.

‘Encore bravo! Congrats once again!,’ Eto’o posted with the Cameroonian flag on Instagram. 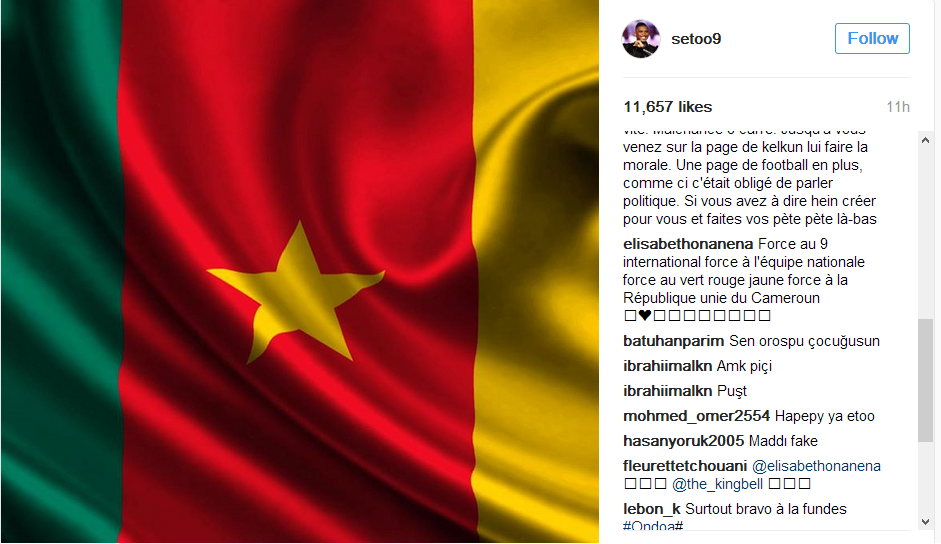 The four-time African kings must negotiate their way past Senegal at the Stade de Franceville on Saturday to reach the semi-final of the competition.