“England Are A Team In Transition” – Joachim Low 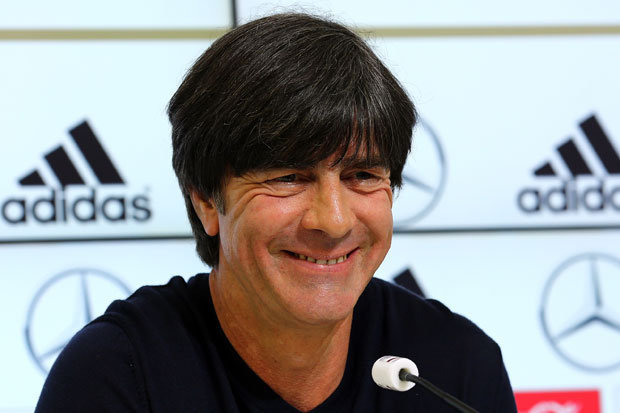 The two sides meet in Dortmund on Wednesday night, just a year after Jamie Vardy inspired a comeback to win in Berlin.

“Well, what you can really see is that England are a team in transit, as it were,” the Germany head coach said.

“Their coach has promised for them to play a more modern football, more possession-orientated.”

“I watched a re-run of the game against Spain and that was a really strong performance.”

Meanwhile, Manchester United defender Phil Jones is out of the England squad after picking up an injury in training on Tuesday

Gareth Southgate’s side face Germany in Dortmund tomorrow before a World Cup qualifier against Lithuania at Wembley on Sunday.

An FA statement said: “There are no immediate plans to call up a replacement but, with Gary Cahill suspended for Sunday’s game against Lithuania, Gareth Southgate will assess his options following tomorrow’s match.”

It has been confirmed that the outgoing Lukas Podolski will captain Germany against England on Wednesday night.

However, we still don’t know who will take the armband for England.

“England Are A Team In Transition” – Joachim Low was last modified: March 21st, 2017 by Damilare Salami

‘Recovered Corpse Not My Son’ – Mother Of Drowned Doctor insists