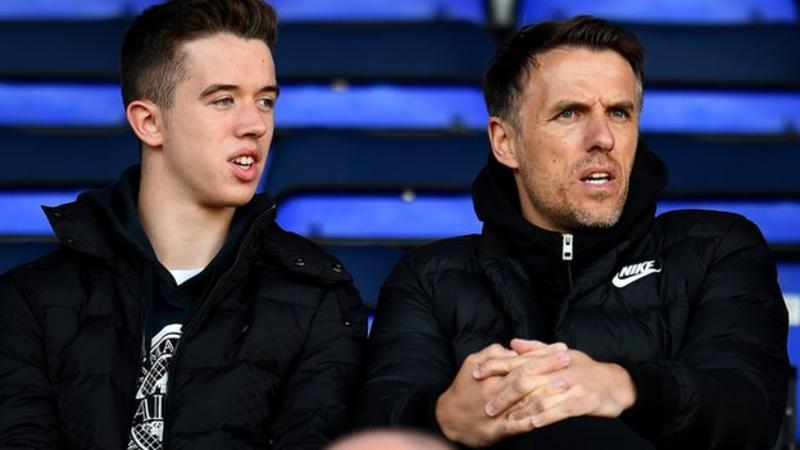 Phil Neville’s son Harvey has been named in the Republic of Ireland Under-19 squad for the first time.

The 17-year-old Manchester United defender is in the panel for a friendly double-header against Denmark.

Neville, who moved to Old Trafford from Valencia in 2018, qualifies for the Republic through his mother Julie’s family.

His father won 59 caps for England and is the manager of the women’s national side.

His uncle Gary played 85 times for England at senior level.

The Republic face the Danes at the Showgrounds in Sligo on Friday and then again next Monday as they prepare for European Championship qualifiers against Switzerland, Austria and Gibraltar next month.

Noss has been part of recent first-team squads with the Bundesliga side in domestic and European games.

Republic of Ireland Under-19 squad: