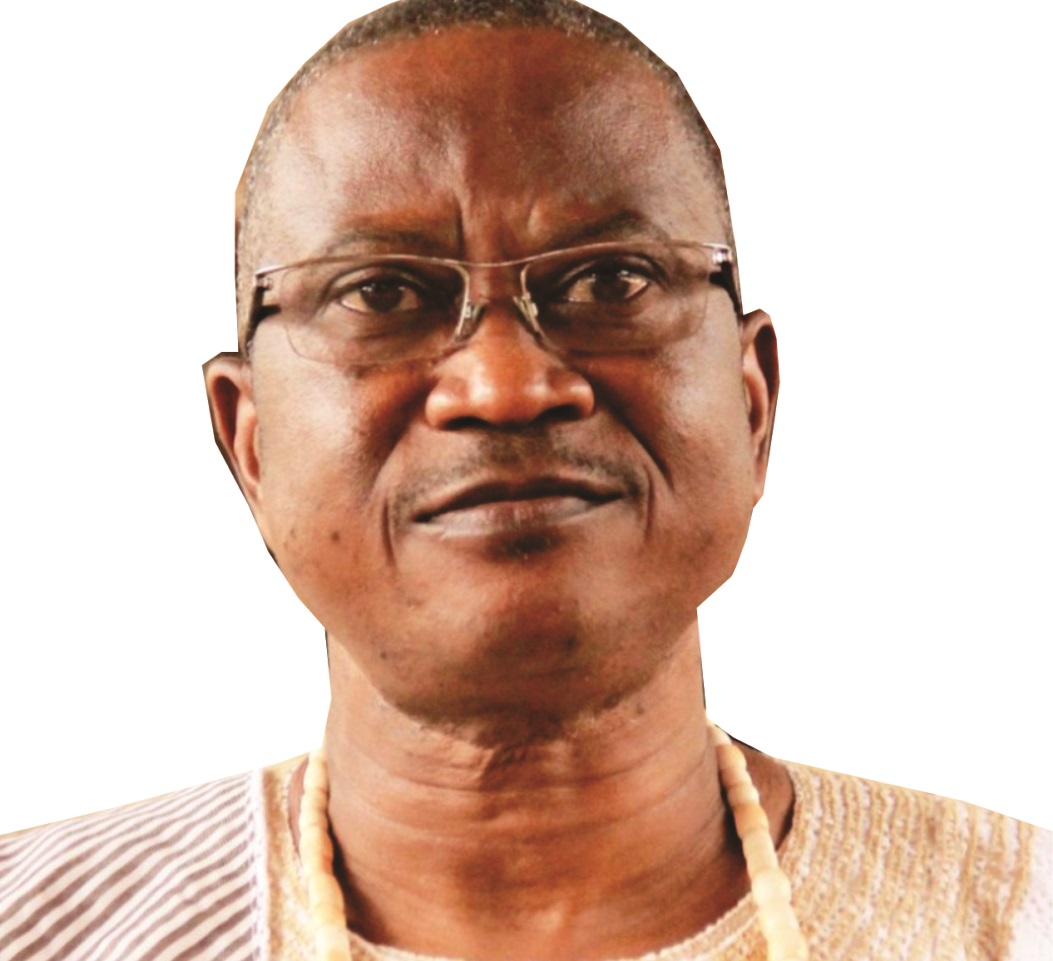 It was joy unlimited and fun all through, when engineer Dr Oladele Amoda, the former MD of Eko Disco threw a big party in Isara-Remo to celebrate his glorious  exit from Eko Electricity Distribution Company after serving meritoriously for 35 years.The day’s activities started with a thanksgiving service at the celebrator’s worship place St John Anglican church, Ishara-Remo, after which a befitting reception party was held at Memphis Hotel & Suites. City People’s trio of FEMI FABUNMI, JIMMY ABDULRASHEED and DMD FRANCIS OWOJORI attended and now serve you gist from the event.

Engineer Dr Oladele Amoda,family and invited guests  all converged at St John Anglican Church Isara-Remo for a thanksgiving service  for the celebrator. The officiating Minister Prayed for him and family, he also encouraged the congregation to emulate the celebrator’s philanthropic gesture.He advised him to continue to give back to the society saying it is only God that can reward him appropriately.

The celebrant engineer Oladele Amoda, family and friends came out enmasse happily to thank God at St John Anglican Church for allowing an enigma Dr Amoda serve Eko Electricity Distribution Company meritoriously for 35 years. Everyone who came out danced ,prayed and thanked God for his blessings.

Immediately church activity was over, all roads led to Memphis Hotel & suites Ijebu-Isharavenue of the reception party.It was fun and merriment all the way as engineer Amoda’s friends came from far and wide to felicitate with him.

It is no loner news that Engineer Dr Oladele Amoda  served Eko Electricity Distribution Company for many years, family and friends travelled enmasse from Lagos and other places to grace his thanksgiving and retirement party in Ijebu Ishara Ogun State.

Although he doesn’t anchor events for a living, but his performance on the day stands him out.Afolabi Oredola made anchoring look very easy as he did a yeoman’s job on the day. His style and carriage was top notch.He left no stone unturned and ensured the reception party was worth attending.

For his remarkable achievements on the job duringhis active days as a staffer and subsequently the Managing Director of Eko Disco, Ogun State Governor, Senator IbikunleAmosun personally wrote a handwritten letter to the celebrator.In the letter the governor congratulated Engineer Amoda for being a workaholic, selflessand industrious son of Isara Remo and by extension Ogun State.

Lagos musical crew Hector band  travelled all the way from Lagos to Ijebu Isara for the singular purpose of thrilling guests at the reception party and it was a no dulling moment.Guests were seen shaking and dancing to the band’s beat all through the duration of the event.

ENGINEER AMODA  RETIRED BUT NOT TIRED

Although he retired from Eko Electricity Distribution Company after serving meritoriously for 35 years, somehow  engineer Oladele Amoda still has duties to discharge  ,he  was appointed an investor to (EKEDC)  board.

The occasion of his retirement and thanksgiving party was also used as an avenue to launch and present his book entitled ‘Solar Electricity Generation For Off-Grid  Communities In Nigeria’ to the public.The  chief launcher  of the day and president of Island club,Ademola Dada launched the book with a sum of 2 million naira. Few other guests followed suit by launching the book while other bought copies as one sold for 2,000naira on the spot.

A TOUCH OF ROYALTY

Simply because the celebrator of the day, Engineer Dr Oladele Amoda is an important personality not just to his home town IjebuIshara only but to Nigeria as a whole ,two very important Obas,were physically present on the day they are Oba Adeleke Adelekan the Alaperu of Iperu and Alado of Ido came to felicitate with him.

The former permanent Secretary for chieftaincy affairs,Chief Oyeti also came to felicitate with the celebrator.He said they both have been friends from way back and it wouldn’t be fair if he didn’t grace his occassion.

ABOUT CELEBRATOR’S SELFLESS SERVICE TO HUMANITY

Apart from being an important personality in the country,the celebrator’s contributions  to his community and the country at large is highly immeasurable. He gives out scholarships to students on a regular and also gives out service vehicles to  the community vigilante services to help make their work easier.

The celebrator  handed a brand new car to Remo divisional police command  to aid their job in policing the community. The district police officer (DPO) Mr Suraj Taiwo was on ground and he  collected the car keys on behalf of the police.

ABOUT 35 STUDENTS SHOWED UP FOR SCHOLARSHIPS

The celebrator through his own Olo Youth foundation gave out scholarships to 35 students drawn from all over Nigeria.These students from different Nigerian institutions showed up to finalize the modalities of their awarded scholarships.They will continue to get the scholarships as long as they maintain a certain CGPA.

All kinds of delicious local and international delicacies were served to guests on demand at the party. Everyone ate to their satisfaction as there were a lot to savour at the party.

Tall , Handsome and suave engineer Adeoye Oluwadare Fadeyibi is the current Managing Director of Eko Disco , he got the mantle of leadership after Engr Amoda finished serving his tenure. Engineer Adeoye came out and was full of praises for the outgone MD.

Almost all the guests who attended came out and posed with the celebrator for pictures .Alhaji SKH supervised the cutting of the cake and made the celebrator cut it after the spelling of Allah. The cake was decorated with yellow colourwith white sugar icing.