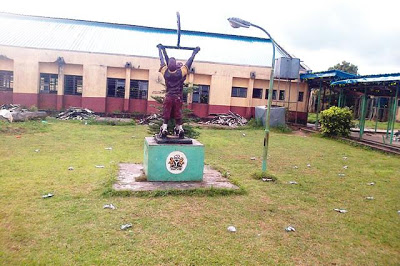 The kidnappers of six male students of the Igbonla Model School, Igbonla near Epe in Lagos state, have reduced the N1 billion ransom they initially asked parents of the students to pay.

According to reports, the kidnappers have asked some of the parents with good jobs to pay between N20 million and N50 million ransom while others with not so good jobs were asked to pay lesser for the release of their sons.

Parents of the abducted students and the management of the school had a meeting yesterday to decide on how they can contribute towards paying the ransom. According to Vanguard, the meeting ended in a deadlock as the school management informed the parents they were not going to be a party to ransom payment.

The management appealed to the distraught parents to be patient as the state government and the police are working towards the release of their wards. A relative of one of the abducted boys who gave his name as Johnbull said

“My brother came home downcast yesterday. Like I told you, he is hypertensive. He said that they were warned not to talk to newsmen again. He also said that the school and the state government are not ready to assist them to pay the ransom. The state government according to him said it would work with security operatives towards the release of the students. The main purpose of the meeting was to discuss how to gather what each parent had and pay so that none of the students will be left behind. Since the last conversation with the kidnappers two days ago, they have not contacted my brother. Like I said , we have only raised N250,000″.

Epe Kidnappers reduce ransom for of six students was last modified: May 30th, 2017 by Reporter

#Biafra@50: Photo of Ojukwu as He Declared Independence of Biafra on May 30th,1967