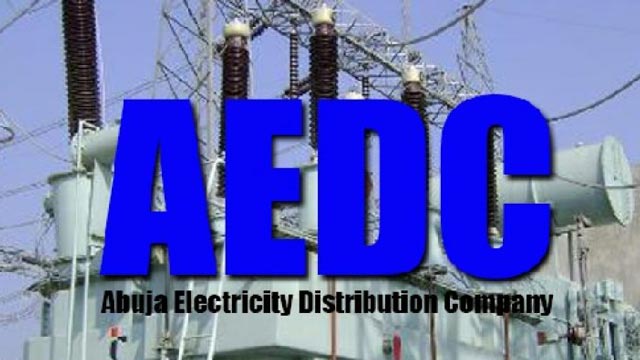 Some residents of the Federal Capital Territory (FCT) have expressed concern over epileptic electricity supply by the management of the Abuja Electricity Distribution Company (AEDC).

Across section of residents especially in Abuja south which comprised Abaji, Kwali, Gwagwalada and Kuje area councils told our correspondent that they have been experiencing poor electricity supply I recent months.

A welder in Abaji, Mr Ebenezer Dayo, who spoke with our reporter said lack of stable electricity supply in the area has continued to affect his work, saying he now gas to do his job.

He said electricity situation in the area has worsened in the last one month resulting in a decline in the money he was making.

“As you can see, these doors and windows are for a supply to a contractor which at least if there is there is power supply I will make some saving but I have to go use gas welding to meet up the deadline, “ he said.

Dayo, said despite the poor electricity supply, AEDC officials bring bill at the end of the month.

“Even when they bring , it will hardly up to two hours and bring it only in the night. Sometimes I rush back to my workshop in the night to work, “ he said.

Another resident, Mr. Ekene Johnbosco Arachie, who resides at Junior Staff Quarters in the area, said the poor electricity supply was affecting both social and economic activities in the area. He said majority of the residents mostly use generators at their homes and business premises.

Arachie, who is the chairman of Abaji Electricity Consumers Forum (AECF) said despite several meetings he had with officials of the AEDC on the need improve electricity supply in the area the situation had remained the same.

“As the chairman of the Abaji Electricity Consumers Forum, apart from the meeting we had at Ona of Abaji’s palace a months ago, we also met with AEDC officials again in Gwagwalada, where they apologized and promised to improve electricity supply but since August last year, the situation has not improved at all, “ he said.

He alleged the AEDC officials in the area only target when civil servants receive salaries to resume supply which often lasts for only two hours.

“I thank God you live in Abaji, which I believe you know very well that we have been in darkness for a week now. And even when they bring the light, it does not take up to one or two hours, “ he added.

A resident of Anguwar Shadadi in Kuje metropolis, Lazarus James, who runs a sachet water business, also lamented the epileptic power supply in the area, saying it has been his business.

He said despite spending between N2,000 to N3,000 daily on diesel for his generator, AEDC officials still bring bills to him.

James, therefore, called on the management of the AEDC to address the problem of electricity supply in the area, saying the poor power supply has been affecting not only his pure water business but residents who depend on the electricity to cater for their family.

“For example, a welder or a saloon hairdresser who depends on the supply to run his business may be a having a problem because not all of them can afford to buy fuel for their generators, “ he said.

A barbing saloon owner inside the Kontagora Housing Estate in Gwagwalada, Abubakar Ibrahim, who also spoke with our reporter, said lack of stable electricity supply has always been his major challenge.

He said he spent between N1000 to N1,200 in a week on his generator in order to attend to his customers.

He complained that the estate has been witnessing epileptic power supply for the past three weeks, saying electricity are only restored sometimes for one or two hours.

Mr. Adamu Aliyu, a resident of Kwali area council also complained of poor electricity supply in the area, saying the absence of electricity has been affecting business and activities in the area.

He alleged that residents were forced to pay high electricity bills despite lack of stable electricity supply in the area.