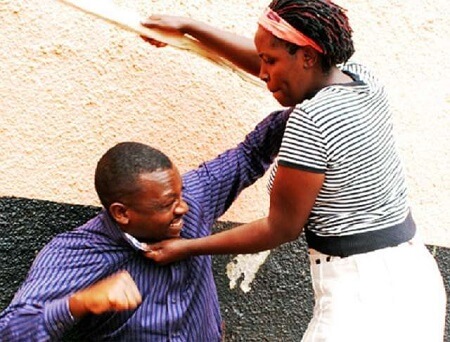 Some women have been given several bats with which they can freely beat their husbands if the men ever turn abusive.

The Indian Express reports that he said the gift was to help the women ward off drunk and abusive husbands.

The wooden bat or mogri as the implement which is supposed to be used for washing is called, even bears the caption ‘sharabiyon ke sutara hetu bhent, police nahi bolegi’ meaning “gift for beating drunkards, police will not intervene”.

“Whenever I visit any rural or urban area in my constituency, women complain about their husband’s drinking habit. They inform me that whatever little they earn is snatched away by their husband for alcohol. They (women) are also subjected to physical violence,” Bhargava told Indian Express.

“The idea of gifting mogri struck me when a woman asked me whether she should get her husband to stop drinking by beating him with this wooden plank,” the minister said.

The minister sees nothing wrong in it and feels that it a step towards bringing social change, which is necessary to deal with the menace of alcoholism.

“The government or police alone would not be able to solve this problem. For this, people have to come forward. There are many examples in history which show that when masses intervene, things have changed for the better,” he said.

Equal Rights: Minister Gives 700 Married Women Bats to Beat Their Abusive Husbands was last modified: May 2nd, 2017 by Arinze Ago

Is This Another Aba Women Riot? Protesting...