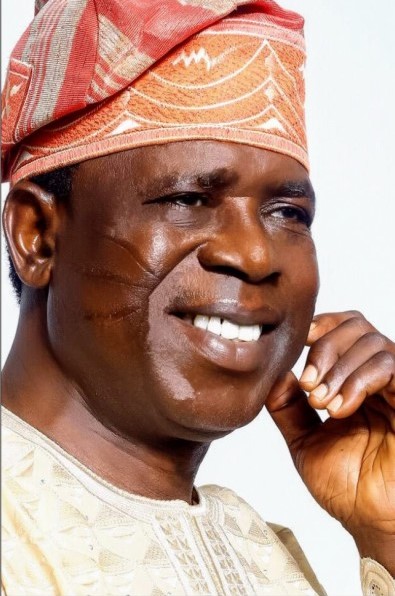 On 21st Sept 2019, eminent people and clergymen from across the world gathered to celebrate an icon, a timeless legend, a veteran gospel musician-turned-cleric, Pastor Joseph Adelakun, popularly known as Ayewa, in the gospel music industry, a general in the ministry of the Living God, an unequalled man in gospel music in Nigeria and an unwavering star on the firmament of gospel music in Nigeria who is called Irawo Agba among his peers. A very humble man of God, a benefactor to many people, and a reliable and visionary Pastor.

Though Pastor Adelakun had celebrated his 70th birthday in a low-key fashion a few months back but had a swell birthday celebration on September 21 as family members, the committee of friends and fans gathered to celebrate him in a classy soirée.

Pastor Adelakun Ayewa is a man of God, a disciplinarian, a man, who has carved a niche for himself and he has a heart of gold. Many of his good did speak for him. That was why 10 Degree Events Centre, Oregun, Ikeja, Lagos was thronged with top-notch celebrities in Christendom. Or how best can we describe an event that witnessed the presence of notable clerics and top government officials in the country? Those present included Bishop David Oyedepo; Pastor Abraham Akinosun; cleric-turned-philanthropist, the Reverend Mother Esther Ajayi; music icon, Evangelist Ebenezer Obey-Fabiyi, immediate past Foursquare General Overseer, the Reverend Felix Meduoye; Dr Erastus Akingbola, Lady Evangelist Funmi Aragbaye, Tope Alabi, Bukola Akinade, Big Bolaji among others.

It was a 2-in-1 event. The 70th birthday thanksgiving/celebration and his book/album launch. Though it was a week-long event, which included an open-air crusade at the Christ Apostolic Church, Mercy-Land, Akute, Ogun State from September 16 to 18, while a seven-hour praise concert was also held on September 19 at the same venue ahead of the big day.

AND THE EVENT KICK STARTED

The event that was scheduled for 12 noon started on the dot of time. It was expected though because if you are close to Pastor Adelakun, you would know that he’s a man of principle to the core. At this time, the whole place was already filled up with friends, family members and well-wishers, who came to celebrate with Pastor Adelakun. All the roads that lead to 10 Degree Event Centre had hectic time with traffic flow that faithful day. The event started with an opening prayer, followed by rendering of hymnal songs; “Now, Thank We All Our God” before the MC of the day, Prophet Taiwo Olusola, Omo Baba Woli Ni Ilasamaja, took over, introducing and calling up special guests of honour to the head table.

ABOUT THE CELEBRANT AND HIS WIFE

Obviously, the happiest man on earth on a faithful day was no other, but Pastor J.A Adelakun Ayewa and his amiable wife, Madam Clara Adelakun. A large number of great people who turned up for the event, they were more than elated. Ever looking young celebrator and his wife dressed gorgeously on the day. He wore complete white native attire with wine colour mixed with white lined Aso Oke Agbada with to-match cap, and the wife also complemented it.

It is no more news that the celebrator, Pastor Adewakun, is very close to many notable men of God. One of them is the founder and presiding Bishop of a megachurch, Faith Tabernacle in Ota, Ogun State and Living Faith Church Worldwide, also known as Winners’ Chapel International. Bishop David Oyedepo, who came with his entourage to honour the celebrator and spent good time at the event. He was the preacher of the day and he admonished on the power of thanksgiving, Bishop David Oyedepo, urged Christians to offer a timely thanksgiving to God. He said the purpose of thanksgiving such as a birthday celebration was to get more blessings from God. The cleric said: “Thanksgiving is a powerful force. It should be done to secure blessings, perfect blessings and multiply blessings.”Christians should always thank God, no matter the situation. They should not murmur. They should not grumble. For sleeping at night and waking up in the morning, you owe God gratitude. If you offer God a timely thanksgiving, it will spur Him to pour more blessings on you.” He congratulated the celebrator for turning 70 and wished him more prosperous years on earth in good health.

DR ERASTUS AKINGBOLA THE CHAIRMAN OF THE DAY

The chairman of the occasion was no other person than a former Managing Director of the defunct Intercontinental Bank, Dr Erastus Akingbola. He witnessed the occasion with his lovely wife. Both were dressed in the same attire. Dr Akingbola noted that Evangelist Adelakun usually smiles regardless of what he is going through. He described him as a humble and generous person, saying that he is a prayer warrior, who wins souls for Jesus Christ through music.

One of the dignitaries whose presence marvelled the entire guests was a popular London-based philanthropist, the Rev. Mother Esther Abimbola Ajayi, who stormed the event with her husband, Pastor Ademuyiwa Ajayi. According to her, they came from Ghana to honour the celebrator, who is very dear to the family. Rev. Mother Esther Abimbola and her husband were around for a while, danced with the celebrator and his wife and also witnessed the launching of the book and album.

You need no one to tell you that Pastor J.A Adewakun is loved by many. One of the Christ Apostolic Church’s most respected ministers of the gospel, Baba Automatic as he is popularly called, Prophet M.O Olowere. He was very much on the ground to celebrate with the celebrator. But just when we thought we had it all, another notable man of God was sighted with his wife, the Presiding Pastor of Christ Apostolic Church, Ori Oke Baba Abiye, Ede, Osun State, Prophet Timothy Funso Akande (a.k.a Baba Abiye) came into the hall.

The President of the Christ Apostolic Church (C.A.C) worldwide, Pastor Abraham Olukunle Akinosun, was also one of the dignitaries who came to celebrate with the celebrator, Pastor Adelakun (Ayewa). He came with a large number of important dignitaries, probably C.A.C Pastors too.

You can simply tell how much many gospel artistes love Baba Ayewa as he’s fondly called. For you to see gospel singer, Tope Alabi and her band to come as early as the time she was sighted definitely she respects the celebrator. This was demonstrated by Tope as she was seen praying for Pastor Adelakun. Tope Alabi sang to bring the celebrator and his wife, Clara, to the head table.

AND THE BOOK, ALBUM LAUNCHED

Just before the London-based philanthropist left the hall, the launching of Baba Ayewa’s book was announced. Other dignitaries were also invited to join Rev. Mother Esther Ajayi and her husband on stage, and the book entitled: “Stepping Stone To Enjoying Success”, and an album entitled: “New Glory” was also launched.

READ ALSO: AT 90, GOD HAS BEEN SO KIND TO ME – CHIEF C.F.I OLANIYAN, FOUNDER, VICTORY GROUP OF SCHOOLS

CAN clear the air over VP Osinbajo’s purported 90b scandal