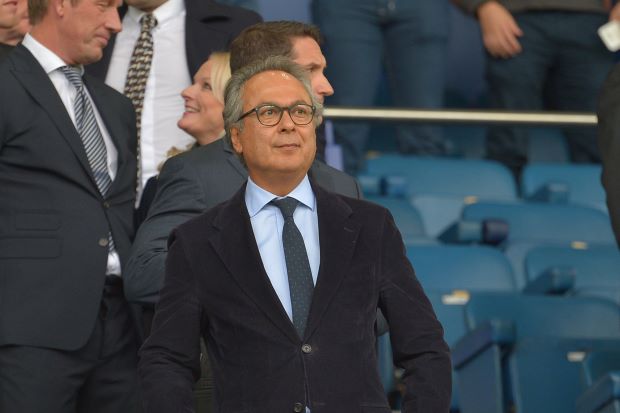 Everton majority shareholder Farhad Moshiri has increased his ownership stake in the club from 49.9 percent to 68.6 percent, the Premier League side announced on Tuesday.

Moshiri purchased the additional 18.7 percent through his Blue Heaven Holdings Ltd. and the club said the British-Iranian businessman’s share should rise to 77.2 percent by July 2019.

“Everton today announces that major shareholder Farhad Moshiri has further committed to and increased his shareholding in the club,” the club announced on its websites.

Since taking over in February 2016, Moshiri has underlined his commitment to Everton by delivering on his promise of increased investment in the transfer market.

Everton spent more than 150 million pounds before the start of last season but produced poor results.

The club struggled in the opening stages of the league campaign before finishing eighth under their second manager of the season Sam Allardyce, who took over from Ronald Koeman.

Everton continued their big spending this year with new coach Marco Silva, bringing in forward Richarlison from Watford for a reported 40 million pounds and defender Lucas Digne from Barcelona for 18 million pounds, among other players.

The 63-year-old Moshiri has also stated plans to help the club move into a new ground at Liverpool docks.

Everton have won the English title nine times and the FA Cup on five occasions, albeit not since 1995 when they last lifted a major trophy.

The Merseyside club is seventh on the Premier League table with six points after four matches of the current campaign.