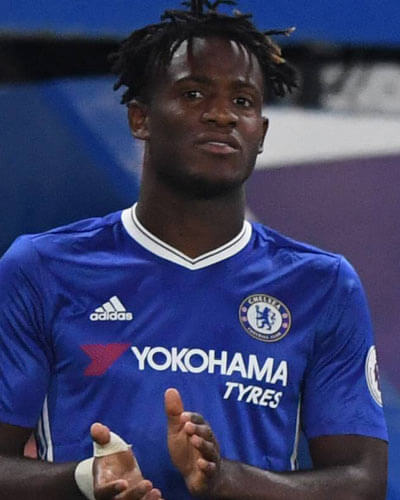 Nevin, a former Scotland international who played for Chelsea for five years from 1983, also backed the Belgian to be the champions’ main man up front this year, despite the arrival of Spain striker Alvaro Morata from Real Madrid for a club-record fee.

With Diego Costa heavily linked with a move away from Stamford Bridge before the end of the transfer window, Nevin said that 23-year-old Batshuayi was the ideal man to spearhead Chelsea’s title defence.

“Look at the numbers and you see what he (Batshuayi) is all about. His goals per minutes played ratio even last season was easily the best at the club and among the best in the league,” he said on the club’s website .

“Actually, at a goal for every 79 minutes he was on the field, he was well ahead of even Harry Kane last season! His current run is even more impressive and suggests very good things lie ahead.”

Nevin’s calculations are based on the Belgian scoring nine goals in 702 minutes across all competitions. Tottenham Hotspur and England striker Kane scored 35 in 3,154 minutes played in 2016-17, an average of 90 minutes per goal.

Batshuayi joined Chelsea from Olympique de Marseille for 40 million euros ($47.30 million) in July last year. He scored the winning goal at West Bromwich Albion in May which clinched the title for Antonio Conte’s side.

Chelsea’s attack has been bolstered by the acquisition of Morata on a five-year contract last month in a deal British media reported cost Chelsea 70 million pounds ($92.54 million).

Nevin, however, said that Batshuayi could take some time to adjust to England’s top flight.

“It might just be that Michy will be a far bigger player for the Blues this season than last,” he said. “It might not feel like it, but that could well give Alvaro the time he needs to develop into our game.”