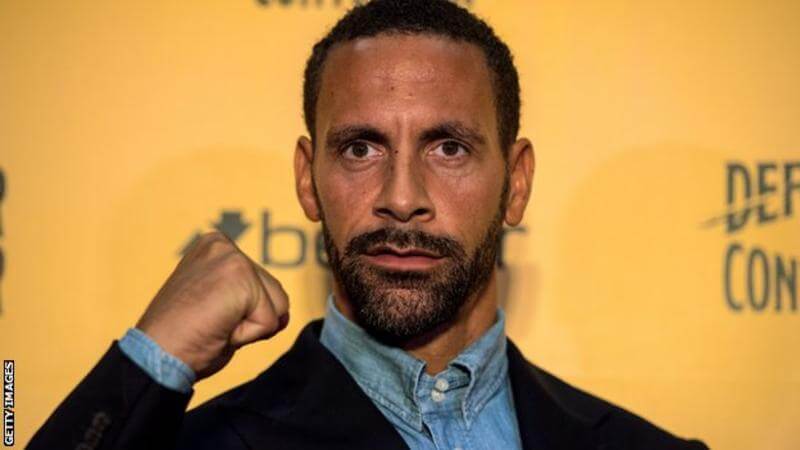 Former Manchester United and England defender Rio Ferdinand says he is “disappointed” after being refused a professional boxing licence.

The 39-year-old, who retired from football in 2015, launched his new career in September.

The British Boxing Board of Control (BBBofC) said they would not be reviewing his application, Ferdinand said.

“It is with a heavy heart that I am hanging up my gloves,” he said.

In his statement, published on Facebook, Ferdinand added: “To not be given the chance to demonstrate my ability to the BBBofC through the standard assessment afforded to others is hard to take.”

Ferdinand’s move into the ring was being backed by betting company Betfair, as part of the ‘Defender to Contender’ challenge.

“Boxing is a physically tough, demanding and dangerous sport. I always gave it my utmost respect and never underestimated how difficult it would be,” he said.

“It’s important to approach everything with success in mind, and to give it your all, but sometimes things work against you.”

Ex- Man U Star, Ferdinand Disappointed For Failing To Grab Boxing Licence was last modified: May 3rd, 2018 by Damilare Salami