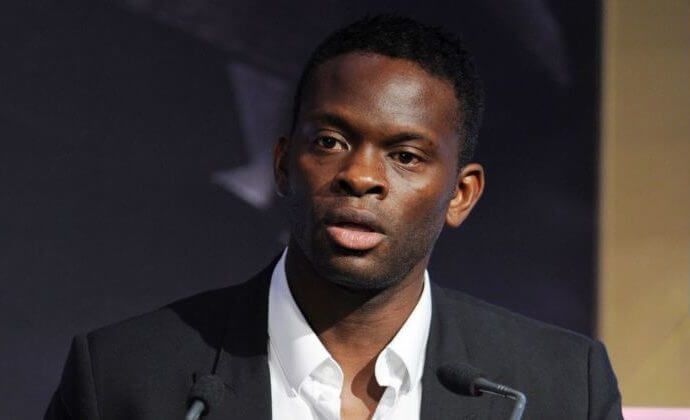 For teachers and pupils of Temidire Primary School, Shogunle, and St. John’s Catholic School, all in Oshodi, Lagos, yesterday will forever remain a memorable moment in their life. It was a day former Manchester United, Everton, Tottenham, Sunderland, Newcastle and Fulham striker, Louis Saha, brought his soccer artistry to the area.

The presence of Saha, a Brand Ambassador of paint manufacturing giant, Kansai Plascon, attracted thousands of football-loving Nigerians to the schools in the early hours of yesterday. He has been in Nigeria since Monday for the commissioning of the company.

Kansai Plascon, a major innovation drive in the industrial and furniture coatings markets in South and Southern Africa, has entered the Nigerian market with Oshodi, Lagos as its manufacturing headquarters.

The Paris-born Saha, whose spell at Old Trafford saw him winning two Premier League titles, the Champions League and the League Cup, said yesterday at St. John Catholic School, Oshodi, that his partnership with Kansai Plascon since retiring from football had been rewarding.

“This company has a great foresight and what they are doing is in line with the vision of great footballers all over the world. Young players who believe in their dream should have something to do with Kansai Plascon because of their quality products,” Saha said.

He described Nigeria as a land flowing with milk and honey as far as football talents is concerned.

Teachers and pupils of the two schools, which Kansai Plascon has painted in Oshodi were full of excitement yesterday having Saha and top officials of Kansai Plascon in their midst.

On his part, Saha was also full of joy, as he taught the children some basic football skills, including how to score goals using the back heel. He later danced with the children, just as he presented balls and other kits to them.

The Director, Kansai Plascon, Chief Sylverius Okoli and the Chief Commercial Officer of the company, Farid Masood, said many Nigerians had already made Kansai Plascon a preferred procurement choice in the paint industry.

It would be recalled that Saha entered football folklore in 2009 when he scored the fastest goal in FA Cup final history as he fired past goalkeeper Petr Cech after just 25 seconds of the Toffees’ 2-1 defeat to Chelsea. He spent four and a half years with Manchester United.