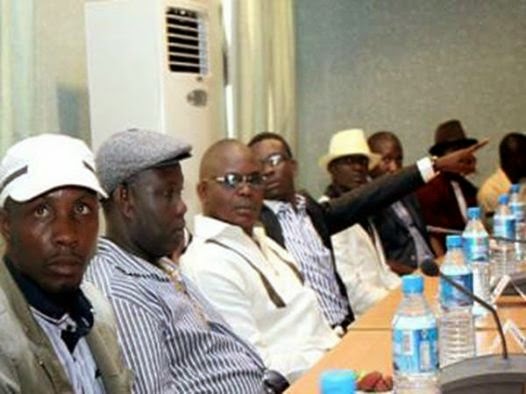 The ex-militant leaders under the auspices of Niger Delta Ex-agitators Leaders Forum (NDEL) alleged since his appointment as the acting MD of the commission, Brambaifa had not been able to coordinate the activities of NDDC.

For instance, the ex-militant leaders, who met in Yenagoa, the state capital on Wednesday said the acting MD had not been able to resolve issues surrounding the water hyacinth project.

The Coordinator of the group, Leader Monday, particularly said Brambaifa refused to pay for water hyacinth projects and to meet with them to discuss kilometre road jobs.

Monday said the attitude of Brambaifa was at variance with the principles of youth empowerment to stop restiveness in the Niger Delta in line with the objective of the commission.

He said if the acting MD continued to neglect them, they would storm Aso Rock, Abuja for series of protests.

Monday said they were particularly unhappy that Brambaifa snubbed all their efforts to meet with him to discuss the knotty issues.

He called on elders and leaders from the region to reach out to the aching MD and prevail on him to act properly to avoid violent conflicts in the Niger Delta.

“Professor Brambaifa like most public office holders should desist from playing politics with public NDDC funds to the detriment of ex-militants and remain apolitical.

“Brambaifa is unfit for the position of Managing Director of NDDC and should not be confirmed as one. We need an apolitical MD who can address issues without bias,” he said.

But a university don, Chief Kalaiti Jephthah, sued for peace and warned the ex-militant leaders against fighting their kinsman.

Jephthah argued that Brambaifa should be given benefit of the doubt and time to settle down as the acting MD of the commission.

“To the best of my knowledge, Professor Nelson Brambaifa is a well-meaning elder, gentle, amiable and a true product of the struggle with good listening ears. We have everything to gain if we are patient with him,” he said.

READ ALSO: ANOTHER APC LIE, I DIDN’T HIRE ANY US LOBBYIST – ATIKU ABUBAKAR