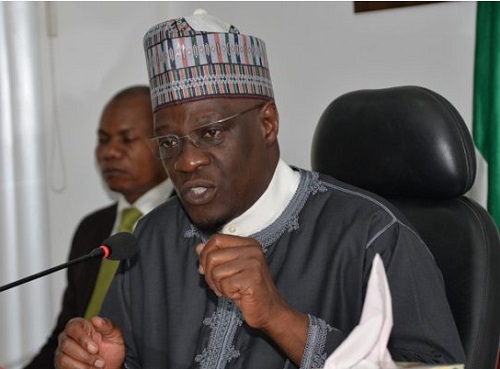 A statement issued by the Kwara State Governor’s Chief Press Secretary, Abdulwahab Oba on Thursday, revealed that a former Minister of State for Foreign Affairs, Saidu Isa, is dead.
Until his death, Isa who died in the early hours of Thursday at the age of 71, was the Chairman Governing Council, Kwara State University, Malete, and occupied the same position at the Federal College of Education Osi-Ile, Abeokuta in Ogun State.
The Kwara State Governor, Abdulfatah Ahmed, described the death of a former Minister of State for Foreign Affairs and one time Secretary to the State Government, Saidu Isa, as a big loss to the state and the country as a whole.
The governor said the deceased made outstanding contributions and selfless services to humanity and his fatherland. “My heart goes out to the families, friends and well-wishers of the former ambassador and Pro Chancellor of Kwara State University, Malete. Indeed, this death is shocking.”
According to the governor, the deceased was a community leader and technocrat par excellence whose wealth of experience would be missed by all.
The governor prayed Allah to forgive the shortcomings of the deceased, grant him Aljanatul firdaus and give his families solace and fortitude to bear the irreparable loss.
Ex-Minister of Foreign Affairs, Saidu Isa is Dead was last modified: October 19th, 2017 by Arinze Ago