Niger State Governor, Alhaji Abubakar Sani Bello on Tuesday received the remains of former Governor Abdulkadir Abdullahi Kure at the Minna International Airport. The body arrived Minna International Airport at about 8.27 pm in a chartered plane with registration number, 5N-FCT. The body earlier arrived Abuja from Germany at about 7:15pm on Tuesday, accompanied by his wife Senator Zaynab Kure and Hon. Umar Bago. 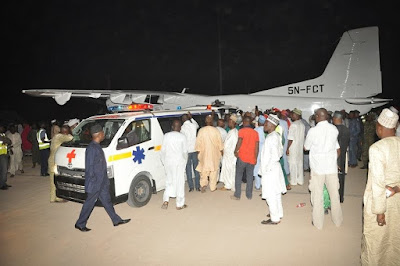 Also at the airport to receive the body of the late kure were Deputy Governor, Alhaji Ahmad Ketso, Senator Mustapha Mohammed, Hon. Ibrahim Ebbo, Hon. Bashir Logogomo, leaders across various political parties, children, friends and relations.
Those who accompanied the remains of the late governor include, his wife, Senator Zainab Kure, Hajiya Aisha Ibrahim Babangida, Honourable Umar Bago, and Major General Dikko.The Janaiza prayer will hold by 12 noon today (Wednesday) at Minna Eid-Praying ground. This is to be followed by 3 days fidau prayer at Minna Central Mosque. A work- free day had earlier been declared to enable Nigerlites accord the former governor a befitting burial. 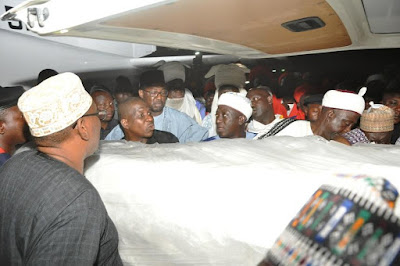 The late former governor Abdulkadir Kure who died last Sunday, at a German hospital, would be buried this afternoon. He was aged 61 and left his wife, Senator Zainab Abdulkadir Kure and six children. See more photos below: 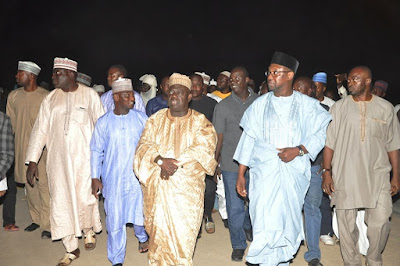 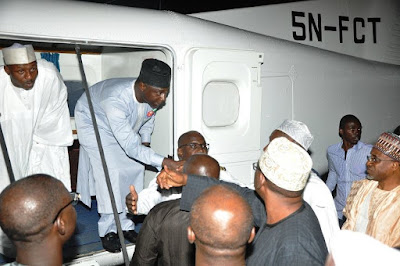 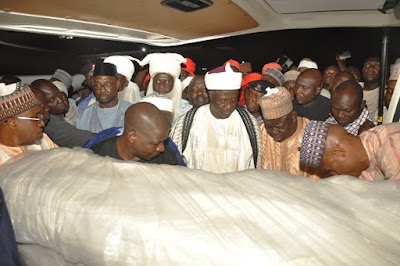 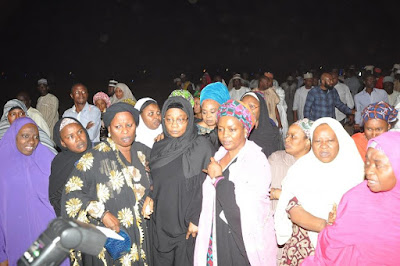 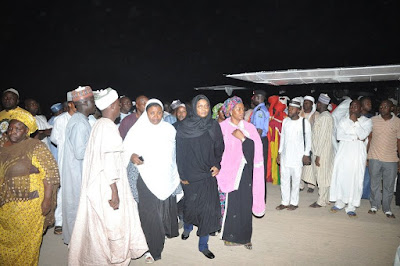 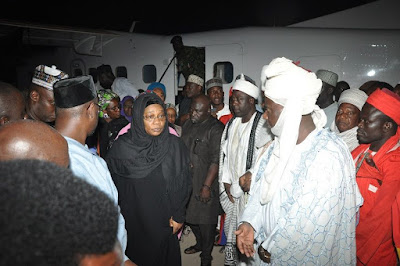