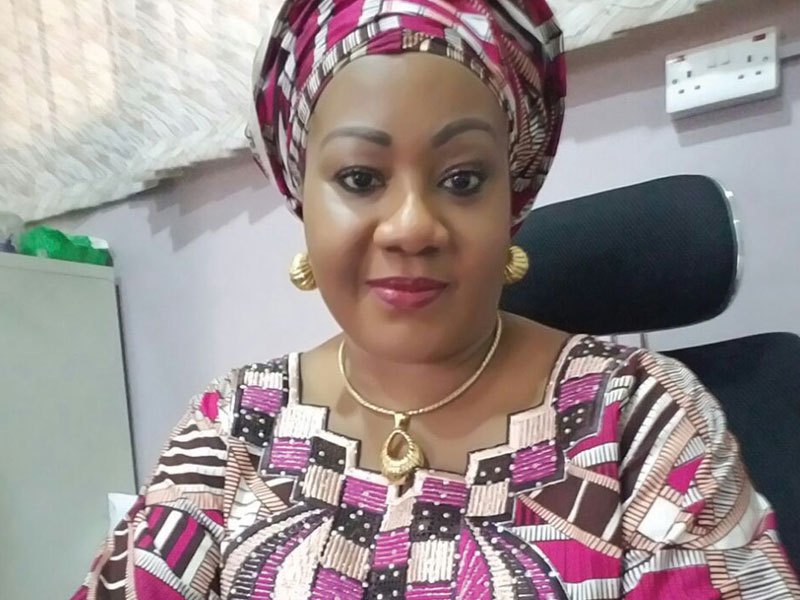 Steps Out With Her Beau, WALE GOMEZ

Everywhere former Ogun State speaker  Hon. Titi Oseni goes these days, she does not go alone. Lately, she has been stepping out with a handsome guy who we can tell you is her new partner. They recently got married. Its no longer news that her previous marriage didn’t work and she has moved on with her life.

Titi Oseni was formerly married to Kunle Oseni and they both have 3 kids together but we can authoritatively tell you that she has since stepped out with her  new husband and the information we gathered is that the love birds have been at it for about 3 years.

If what we gathered is anything to go by, Titi has cemented her new relationship with the Lawyer known as Frank Wale Gomez at a small family Introduction. While many thought she will settle the irreconcilable differences between she and her former husband, Kunle, some were of the opinion that Kunle Oseni has really gone for good. For quite some time Titi  had shunned the limelight and had not stepped out with any man. But she has since bounced back to the social scene and in the comfort of her new husband in her life.

Titi celebrated her 50th birthday 3 years back at the Redeemed Christian Church of God, King’s Court, Ikeja, Lagos and hosted a classy reception at Civic Centre, Ozumba Mbadiwe Street, Victoria Island, Lagos. Though Wale Gomez was not visible but for those who are close to them, it was gathered that he was the one that put things together for the party. It has been a delightful surprise for many, when she started attending parties with her new man, and has quite attended few in the last few months. she was sighted at the 60th birthday bash of Senator Jumoke Okoya-Thomas a few months ago. And the fact that she stepped out with her husband was indication that all is well on the home front. She was even spotted at the burial of Madam Adepitan in Lagos, her friend who is the daughter of the deceased, Ronke Tops invited her. She stormed the party with her new husband, Wale Gomez. She was also the cynosure of all eyes when they stepped out at few days ago at the Oyinlola/Okunowos wedding and were seen tangling together. Titi has moved on with her new man and has put the crash of her former marriage behind her. We learnt the new man who is very rich has been spoiling Titi Oseni silly with gifts and holidays in choice destinations. Frank Wale Gomez was Managing Director of Oylex Petroleum Limited, He is the Chief Executive Officer of Legends Care Agency Limited in London, UK and presently a senior partner at HCA, UK. 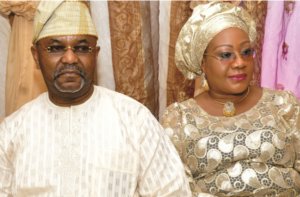 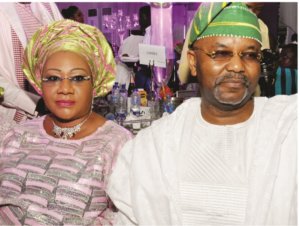 For those who still don’t know who Titi Oseni is let us quickly tell you. She was the  Ogun State’s first female House of Assembly Speaker. She is  also a combination of Beauty and Brain. She exudes the essence of a capable woman and leader in a world usually dominated by men. She’s Gorgeous, Graceful and Gregarious. She has a good taste for high fashion and good living.  She was Ogun State House of Assembly Speaker between 2003 and 2008.

This pretty lady who is an elegant stallion and who turned 50 not too long ago was born in 1964, into the family of Sodunke, from Kenta, Okebode, in Abeokuta, Abeokuta South Local Government Area of Ogun State. She attended Trinity Nursery and Primary School, Abeokuta and she later proceeded to the famous Abeokuta Grammar School, from 1975 to 1980. Subsequently, she went abroad and graduated from Upsala University, in the United States of America. She  has a bachelor’s degree in Business Administration. She worked with various companies abroad, like Ford Motor Credit, AT&T telecommunications, and later got married in 1991. She has 3 children from her former marriage. She came back to Nigeria in 1996 and started her business in Nigeria. She  was into computer accessories. She  also has a fashion store – a clothing store in Nigeria. And in 2002, she  joined politics. She  joined PDP and later, She contested for the House of Assembly seat. She  won and she  became Speaker of the Ogun State House of Assembly in 2003. And in 2007, she  contested again, won and she  became Speaker. She  has a national honour, MFR. She  became the first female Speaker in the South-West, the first in Ogun State and she  was the first person to receive the national honour as the State House of Assembly Speaker. She  was removed in 2008, and left when her tenure ended in 2011. Ever since then, She  have been into business. She has various interests in different businesses.

She is from a famous but average family. Her parents were into the medical fields. Her mother had a maternity home in Abeokuta that was quite famous. It was just an average family setting. They were comfortable, at least, could afford, to the glory of God, three square meals, and an average size family.

At over 50, she still looks radiant. How has she been able to maintain her beauty?

She once explained that she does not stress herself, especially after her time in the State House of Assembly. “I take things easy. My leadership position in House gave me a leverage to deal with any challenge. I have learnt to be able to be in control of my emotions. People would get upset over things that would not bother me, because I believe, in politics, we have been through all sorts. A small boy would insult you; elders and people on the streets would insult you. Once you have passed through that stage, you have developed a thick skin. You have that skin that is very difficult to penetrate. I won’t say or call it a carefree attitude. Before anybody can hurt your emotions, it would take some time. Once you are somebody like that, your mind is free of stress; you will take life easy, one day, at a time. I believe that if you are going after something and you can’t get it, then, number one, it is either you don’t have the will of God, or the time, purpose and chances, to do it are not right. Or maybe God has not got the time to attend to your case.

In all circumstances, you can only wait and believe that things would come at the right time for you. Once you have that at the back of your mind, it will take away all the worries and stress, because I believe that stress makes you get old. If you worry too much and you stress yourself too much, of course, you will age quickly. To the glory of God, everything falls in the right places for you. My children are doing very, very well and business, even though slow now, but to the glory of God, God has been faithful and being kind to me, there is no way to stress myself. All one needs to do is to take all the right medications, like you are supposed to take your vitamins, shower twice a day, use the right moisturisers for your skin and, then you are free to glow.

When she returned to Nigeria after her sojourn abroad, she started out as a businesswoman. Why did she go into partisan politics?

“When I came back, I lost my father and I happened to be frequenting Abeokuta for his burial plans and all that. And after that, I also lost my mother, I think about 3 or 4 months later, and I happened to be visiting Abeokuta often for the burial preparations. So, there was a day, I was at Gateway Hotel, Abeokuta, and I met some people. They came for the PDP programme and it was quite noisy with a lot of people. And I saw family members that I knew and I asked them why there was so much noise at the gathering and all that. It was PDP convention or congress and they used the Gateway Hotel. So, I was approached by the family members to join, and of course, I turned it down, because of the crowd and the noise. Later, they came back to encourage me to participate in politics and after some persuasion I was interested. I then scheduled a meeting and went to meet the chairman of my local government, at that time. I was received gladly with a rousing welcome.

Being the only female, it looked at that time in 2002, there was no female contesting for any office in Ogun State. Being the only female and the name of my family worked for me. If you can’t add value to the name that you are given or your family name, don’t destroy it. I saw that my father’s name and my mother’s name worked well for me, because somebody coming with no political background, of course, a lot of people will want to know who you are and where you are coming from. And my last name is Oseni and of course, people would tell you that Oseni is not a name from Abeokuta and so, I had to use my maiden name to complement it. When you mention my name and my parent’s name, everybody would say my parents had done one thing or another, especially my mother that owned a maternity home. She had done one thing or another for a lot of families in my area.”

“So, before my name was even mentioned, once they mentioned Sodunke, Omo Mama Rere, everybody is like ‘We can trust this one; we can rely on her. This one would come back home. We know where she is from. She has a tie. She has a bond. We know her family background and we can actually run to her and we would find her.’ The acceptability was very high and I am happy and proud. That is why I always make sure that, on a yearly basis, I remember my parents, because the good name they left, worked well for me in many aspects of life.””When I became the Speaker, I realised that I was also the only female member out of the 26 members of the Ogun State House of Assembly. So, it was zoned, because the governor was from the East and the Deputy Governor was from the West, and, automatically the Speaker would come from the Central. So, we had about eight members from the Central Senatorial Districts, and I happened to be the only female. The Speakership position was zoned to my senatorial district, and it was further zoned to my local government. In my local government, we had two constituencies and we had two members and so, it was keenly contested between the two of us and I won at the end of the day.

LOL: Little boy represents his elder brother who couldn’t make it to his own introduction ceremony