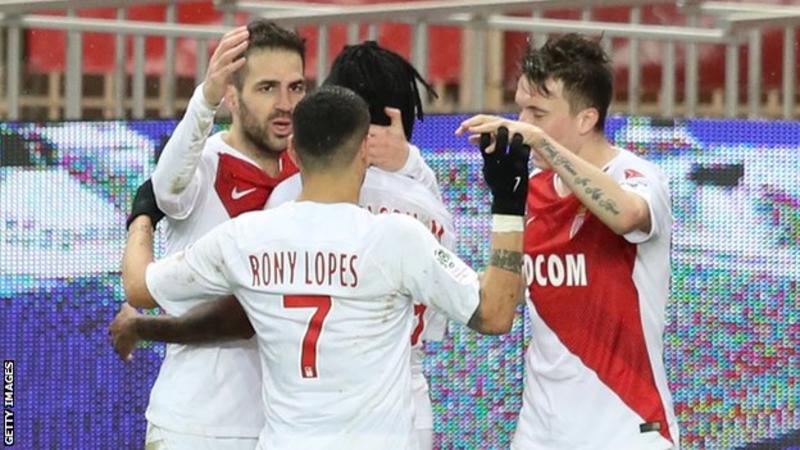 Cesc Fabregas scored his first goal for Monaco as the Ligue 1 strugglers recorded their first win since the sacking of Thierry Henry.

Fabregas lashed home a loose ball just after the hour mark to lift the hosts to within a point of safety.

Aleksandr Golovin had given Monaco the lead with a smart finish from Gelson Martins’ pass.

Fabregas joined Monaco on a three-and-a-half-year contract on 11 January, when his former Arsenal team-mate Henry was still in charge.

The principality club dismissed the Frenchman less than two weeks later, however, after collecting only five wins in all competitions under the 41-year-old’s tutelage.

Leonardo Jardim, who spent four years at Monaco and secured the Ligue 1 title in 2016-17, replaced Henry on a two-and-a-half-year deal.