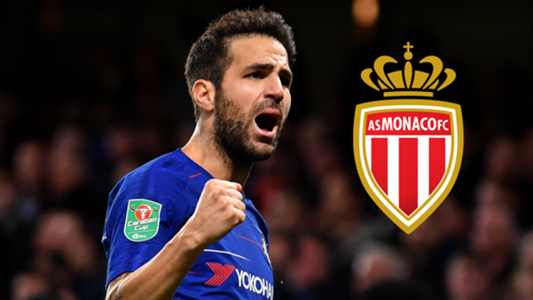 Spain international and Chelsea midfielder Cesc Fabregas is edging closer to a move to Ligue 1 side Monaco, Goal understands.

The 31-year-old is entering the final six months of his Chelsea deal and is prepared to move on with playing time hard to come by this season under Maurizio Sarri.

AC Milan are also in the mix for Fabregas but are struggling to come up with the funds for a transfer fee and wages.

“We have stakes. We cannot do what we want,” Gattuso told DAZN. “The club has been clear. Fabregas? There are important figures involved.”

At Monaco, Fabregas would link up with manager Thierry Henry, who was the Spaniard’s team-mate when the pair were at Arsenal between 2003 and 2007.

Fabregas would provide a much-needed boost for Henry, who has endured a torrid time since he took over at Monaco in October.

Henry has lost six of his nine league matches in charge at the Ligue 1 club, with Monaco sitting 19th in the table in France’s top flight, four points from safety.

“It would be really a problem without Cesc,” Sarri said last week. “I want him to stay, I don’t know the final decision of Cesc and the club of course.

“But for me it’s very important and if Cesc will go I think that we need to buy another player, and it’s not easy because, technically, Cesc is a very important player.”

Fabregas has made just one start in the Premier League under Sarri this season, with the Italian preferring to play the likes of N’Golo Kante, Jorginho, Mateo Kovacic and Ross Barkley in central areas.

READ ALSO: TOTTENHAM MUST BE CONSISTENT TO BE TITLE CONTENDERS – POCHETTINO

2019 Will Be A Difficult Year – Fr. Ejike Mbaka Releases Prophesies