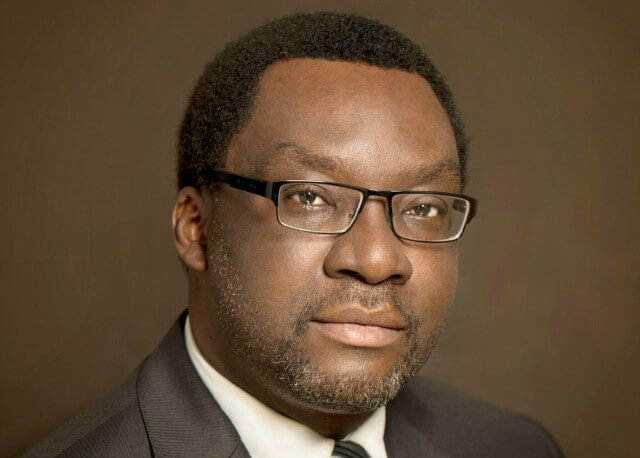 •STEVE AYORINDE, New LAGOS Tourism Commissioner
Until a few weeks back, Steve Ayorinde was the Commissioner for Information & Strategy in Lagos State, a portfolio he handled so well, since October 19, 2015, two and a half years ago. It was on 11th January 2018 that the news of his redeployment came. He was moved to the Tourism, Arts and Culture Ministry which happens to be a major plank of the administration in Lagos. This is because Gov. Ambode attaches a lot of importance to Tourism and the Creative Arts. Unknown to many Steve Ayorinde is quite at home with the two Ministries.

Steve Oluseyi Ayorinde has always been a media man all his career and he rose to the very top of the ladder before he went into public service in 2014 when he joined Gov. Ambode’s campaign team as the Director of Publicity of the campaign and one of the first eleven. It was after the victory at the polls that he was appointed to the cabinet.

Now, he has been saddled with an equally tough assignment as the Commissioner for Tourism in Lagos State.But that is still a familiar terrain for this brilliant technocrat who is equally at home with the running of that portfolio. Tourism, Entertainment and the creative arts sector are the areas he naturally has a flair for. So, he was quick to settle in and he hit the ground running. He is lucky to have as Permanent Secretary in the Tourism Ministry the same man who was his Perm Secretary whilst he was at the Information Ministry. His own redeployment was ahead of Steve’s redeployment.

He was previously the Managing Director/Editor-In-Chief of the National MirrorNewspaper. Before that, he was the Editor of The Punch Newspaper in Nigeria. So he has had an impressive media career.

What’s his pedigree like? We would tell you. Born in Ibadan, Oyo State on July 9, 1970 to the family of late Chief Sunday Adetunji Ayorinde and Chief (Mrs) Victoria Ayorinde, he is a product of Obafemi Awolowo University, Ile-Ife. Steve was also educated at the University of Lagos, Akoka and University of Leicester in the UK, where he earned a master’s degree in Globalization and Communications.Well travelled and a polyglot, Steve Ayorinde is a European Union Fellow at the Foundation Journalists-in-Europe (1997-98 set) – a comprehensive one-year training scheme for mid-career journalists. He is also an alumnus of the prestigious State Department’s International Visitors’ program (IVP) in the United States; Goethe Institute, Berlin and University of Siena for Foreigners, Italy. As a journalist, author, publisher, media consultant, Steve Ayorinde has more than 24 years experience and won multiple awards.

His career started in 1991 at The Guardian Newspapers in Lagos, Nigeria which was renowned as ‘The Flagship’ in Nigerian media space at the time. He was a pioneer staff of The Comet, where he edited the Arts, Entertainment and Media section (1999 – 2003), after which he joined The Punch, Nigeria’s largest circulating newspaper.

He worked at The Punch in various capacities, first as Arts Editor, United Kingdom Correspondent, Member of the Editorial Board and ultimately as Editor of the daily title. It was at The Punch where he started his popular back-page column, Something Before the Weekend, which ran every Thursday. He later worked at National Mirror, first as the Editor/Executive Director in charge of Publications and later as Managing Director/Editor-in-Chief between 2010 and 2013. He has since practised as a syndicated columnist and Media Consultant and Strategist. He was the Director of Media and Communications to the Akinwunmi Ambode Campaign Organization between September 2014 and April 2015.

Steve has authored 3 books: Masterpieces: A Critic’s Timeless Report (Spectrum Books, 2008); Abokede: The Man, The Hill, The City (ArtPillar Books, 2011) and Cascade of Change: A Decade of Liberal Thoughts (Liberal publishing, 2015). He also edited For Law, For Country: Conversations with the Bar and the Bench (Global Media Mirror Publications, 2012). A committed member of the pen fraternity, Steve Ayorinde has served the Nigerian Guild of Editors in various capacities over the past decade, as Assistant Secretary General; Vice-President (West) and Deputy President.

Last week, Wednesday, he told City People Publisher, SEYE KEHINDE, how Governor Ambode plans to transform Tourism in Lagos State over the next few months. Below are excerpts of the interview.

Let me start by asking you how easy it has been settling in as the new Lagos Tourism Commissioner. What are your plans for the industry?
For me, it wasn’t difficult settling down. It’s a continuum. It is a continuation of our efforts. Information, Tourism and Culture, idealy, are together. That is what you have at the Federal level and most other states like Rivers, Oyo, etc. Inspite of that, even while I was in Information Ministry, I have had very close relationship with the Tourism, Arts and Culture Ministry and therefore its been a smooth cross over.

Incidentally, my Permanent Secretary who I had worked with for the past 3 years in Information ministry happened to have been redeployed to Tourism Ministry before me. So, it looked like a fore runner. Its like a familiar room in a house that you have lived in for a couple of years. You will have a fair idea of your room, the living room and some other rooms. One of such rooms which I am pretty much familiar with is the Tourism, Arts & Culture Ministry. For me its hitting the ground running. It won’t require learning any ropes.

For the past 2 and half years, one has seen a certain bias for Tourism and Entertainment by the Ambode administration. Is it one of the planks of his government?
It is a major solid pillar of this administration. Maybe the 1st time ever in the history of Lagos State or shall we say in the history of any state in Nigeria, with the exception of Cross River at a time under former Governor Donald Duke, this is perhaps the first time, any state will be showing seriousness and strategic commitment to Arts and Culture. If you noticed, right from the campaign, perhaps the only acronym that Gov. Akinwunmi Ambode used in campaigning was Project THESE.

There were other key things that he promised like the strategic way he was going to intervene in road construction, when he said a certain number of roads will be constructed, per year amounting to a certain number of roads in 4 years and also the manner in which he said he was going to intervene in job creation and opportunities when he spoke about the N25 billion employment Trust Funds and also when he said he will do a lot more in attracting investments into the state which ultimately led to Lagos Global. But the new thing he was bringing on board that had a distinct acronym of its own right from campaign which has stuck up till now was his interest in TOURISM, Arts, Culture and Entertainment with, what he calls Project THESE.

THESE stands for TOURISM, HOSPITALITY, ENTERTAINMENT and the ARTS, together with SPORTS to achieve excellence-THESE. I was lucky to have been part of the team that worked on the document that produced the agenda for Project THESE. Even whilst I served as Information Commissioner, I was very conversant with the fact that the Information Commissioner was the Chief spokesperson for the State, Chief Strategist, after His Excellency, the Governor who is the Senior Chief Strategist for the state but I knew of course that ideally, the way His Excellency designed the Ministry of Tourism, Arts and Culture, whoever heads that Ministry ought to be for the state, the Chief Marketing Officer for the state, because what would be used in selling Lagos, branding, Lagos, in attracting people to come, even when they are coming bringing their moneys will be TOURISM. That will be our comparative advantage in areas of what we call the Creative Economy.

That was going to be thing. So, we were deliberate right from the outset. Don’t forget that the Ministry as we have it now, never existed. There was a time before now when you had Culture and Tourism together with Information. That was under the Ministry. But Asiwaju changed all that. Asiwaju created what we now have up till today. He felt we should use Information and the Media as the key strategy for the state, because no matter what you do with your deliverables, without the public knowing it, you will be winking in the dark.

So, Asiwaju wanted a codified, a streamlined approach. To Information Management and Strategy and therefore Information and Strategy was born. Tourism and Culture had to be ceded to other Ministry. Tourism was humped with Inter-governmental affairs, while Culture was hibernating under the Home Affairs. But right from campaign, H.E Gov. Ambode said he knew what he wanted to do with Tourism, Arts, Culture. So, he removed culture from Home Affairs. He removed Tourism from Inter-governmental affairs and added Arts to it.

So that you will have the Ministry of Tourism, Arts and Culture that will stand alone, work in consonance with the Ministry of Information, with Lagos Global, with Ministry of Commerce, depending on the need and re-energise the Creative economic sector of the state. And we believe that in the last two and a half years, we would have succeeded considerably in creating a road map and sinking it in the consciousness or the people, what was possible. But we knew we were not there yet.

The state at which we are now is with the seriousness and commitment of His Excellency, the governor, to say let us now build on the foundation that we have laid.

Let us now begin to see the business part of show business.

So that we do not see just the show business, let us see the business part. Let us see the economic part of the creative sector. That is where we are now and we believe that with what we have lined up, beginning from this year, it will be obvious in no time to people that this is a government that means business, when it comes to the business of entertainment, arts, culture and tourism

The Face Of TOURISM In LAGOS Will Change This Year was last modified: February 5th, 2018 by Seye Kehinde