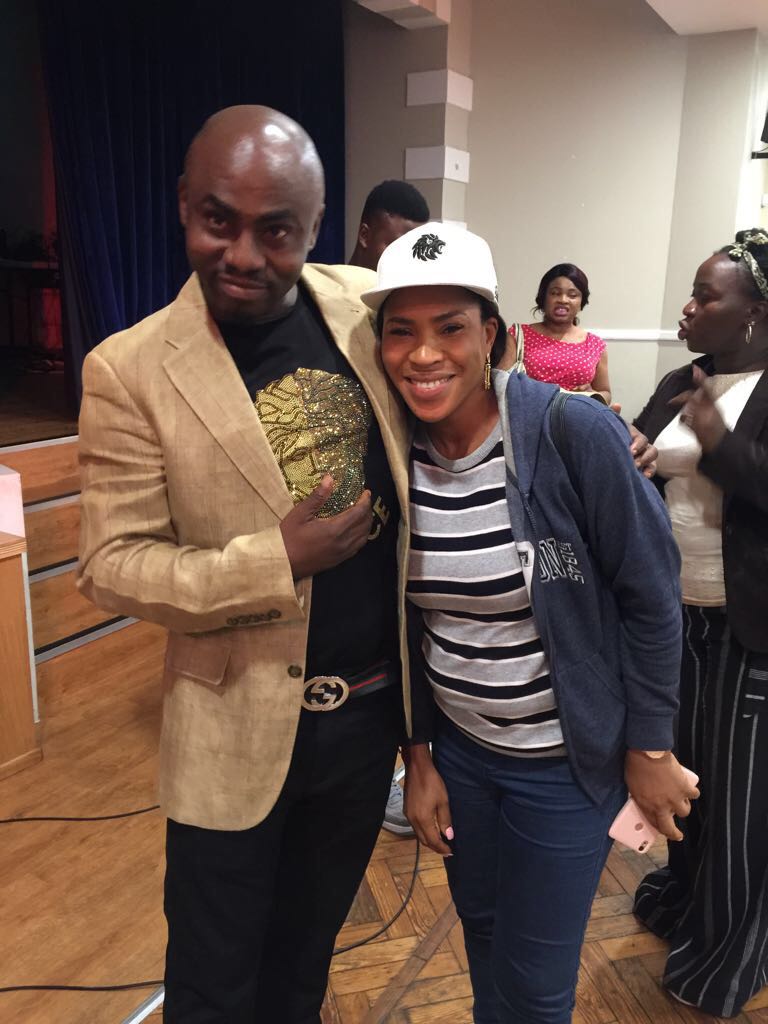 Are they dating? Well, that was the same question that came to our lips when Yorubamoviegist.com London source hinted us that star actress, Fathia Balogun and popular UK based movie director, Femi Philips, who is one of the sons of veteran Yoruba actress, Idowu Philips was better known as Iya Rainbow were spotted at Macdonald Old Ken Road, London enjoying best of time. But another information from another source claimed that Fathia recently visited London EXCEL 2017 Comforter, a  Cherubim & Seraphim, and Celestial joint crusade, and she was hosted by Femi.