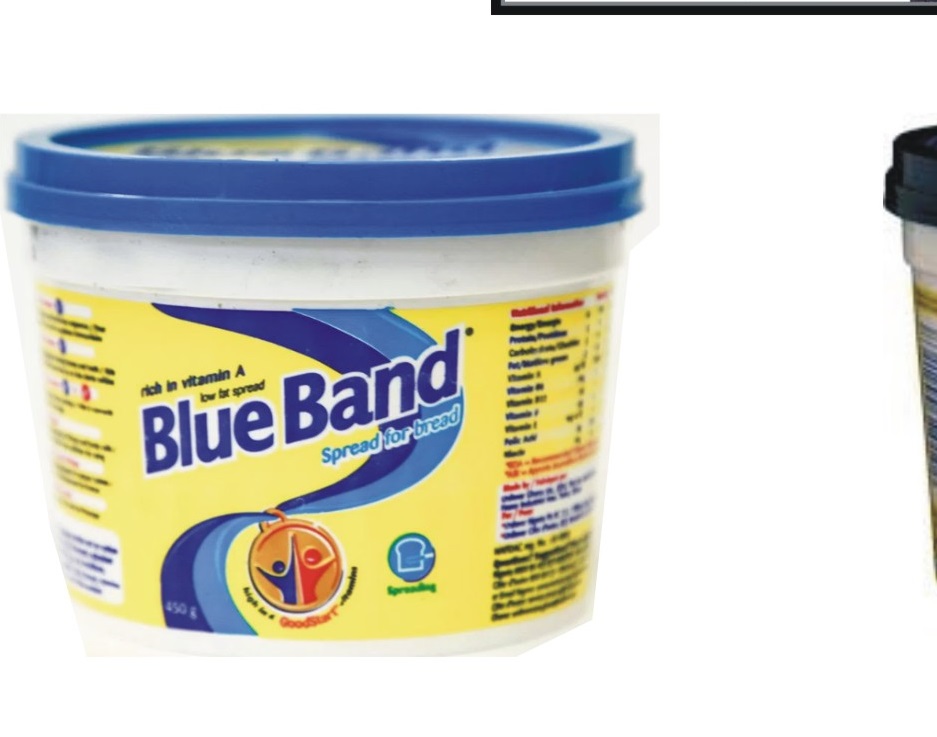 Fear gripped several families across the country 3 weeks ago when a message appeared on WhatsApp about someone who bought the popular Blue Band brand of margarine from a popular supermarket in Abuja and she came to harm. According to her, she and her family had already consumed most of the content for bread spread not until she decided to cook with it. But she was shocked when she discovered that the first little quantity she scooped into a pot of boiling water refused to melt as it common with fat an oil. It was rather floating despite the boiling temperature of the water. She decided to share so we all have to be careful when consuming any butter product and not just Blue Band.

This message caused a lot of panick as consumers now see blue band magarine as unsafe for consumption because of the belief that butter or magarine should naturally melt when it contacts hot substances like boiled oil or water.

City People’s Brands & Products went round Lagos to sample people’s opinion on the video and the product and a large number of people believed that fake blue band magarine products had invaded the market while others believed that it might have been an error and an indictment on the part of Unilever, the manufacturers of Blue Band Magarine.

CONSUMER PROTECTION COUNCIL (CPC) INVESTIGATES BLUE BAND
Following the viral video that portrayed Blue Band margarine as unsafe, the Consumer Protection Council (CPC) says it has opened an inquiry into aspects of Blue Band products. It stated that the inquiry would determine product safety and clarify some aspects of the manufacturer’s statements on Blue Band “Spread for Bread”.

The CPC Director General, Mr Babatunde Irukera, said this in a statement issued by the organisation on Sunday, April 1st, 2018, in Abuja. He said that the purpose of the inquiry was to ensure that the products, differentiated or otherwise, were safe and subjected to proper processes and “in-trade” handling consistent with the different properties and characteristics of each product. This is in reaction to a short demonstration video on social media showing how Blue Band “Spread for Bread” reacts under certain heat conditions. He said that the video or the impression it conveyed had become the subject of anxiety and intense controversy.

“It suggests that the product, which the narrator considers a functional equivalent of “Blue Band Original”, is unsafe because when subjected to high temperature in boiling water, it did not melt or dissolve.

“Available scientific information confirms that though butter, margarine and spread appear similar and share similar components, in characteristics and uses, they are different products available to consumers.

“Butter and margarine share a particular similar characteristic, low resistance to heat, and as such both are likely to melt when subjected to certain levels of heat.”

Irukera, however, said that spreads had varying heat resistance, depending on intended use and production process.He said that as a result, it could not be necessarily unsafe that a spread does not melt under similar heat conditions as butter or margarine.

He said spreads were produced in part by adding emulsifiers which we’re additives used in stabilizing and binding processed foods.

“They are not inherently unsafe or uncommon. The specific emulsifying agent and amount used largely depends on many factors including shelf life, storage, handling and climatic conditions in order to prevent microbial activity.” Irukera said that the manufacturer of the product had made a statement seeking to address public concern by differentiating its products and explaining the purposes of the two different products.

He also said that the organisation would continue to collaborate with the National Agency for Food, Drug Administration and Control (NAFDAC) and the Standards Organisation of Nigeria (SON) regarding applicable safety standards of butter and margarine. He added that consumption of butter, margarine or spreads generally are not unsafe.

BLUE BAND CLEARS AIR ON PRODUCTS
City People’s Brands & Products put a call through to BlueBand on Thursday, April 5, 2017, to clear the air on the controversy and enlighten consumers the more on their product knowledge. A vivid explanation was made on the ptoducts as follows;
There are two variants of blue band currently in the market which have both been marked safe for consumption. They are Blue Band Spread for bread and Blue Band Original.

BLUE BAND SPREAD FOR BREAD
The spread for bread has a lighter blue cover, it is a mixture of vegetable oil, vitamins and water. It is a very delicate and sensitive low fat product, it has just about 20% of fat, it is not suitable for cooking but not harmful. It was made in such a way that it can withstand high temperature and harsh distribution conditions expreinced locally and in other African markets so as to remain stable till the period of consumption.

Emulsifier made from vegetable oils are used to ensure the product does not easily melt when it comes in contact with high temperature such as heat from sun, hot water or oil. Emulsifier for food and confectioneries production are not harmful. They usually belong to a list of food ingredients approved by NAFDAC and other international food regulatory bodies.
Further research also revealed that emulsifiers like othe food ingredients digest properly in the body system. Blue Band also revealed that the emulsifier in its products are derived from plant oils such as casto oil, rape seed oil and sunflower oil, all from vegetables.

BLUE BAND ORIGINAL
Blue band original butter has a navy blue cover, it has about 70% of fatty ingredients and melts easily in the presence of heat either in hot water or hot oil. This product is made specifically for cooking meals, hence the reason its low heat resistance.

The time lapse before expiration for every blue band product is 9 months, anything above or beyond that is not from Unilever. The cover colours also help in identifying the authentic from ortherwise.
Another very subtle identity for Blue Band products is that the colour and picture quality on the containers don’t easily fade away.
Authentic Blue Band products always have their NAFDAC registration number starting with A1

Fake BLUEBAND Margarine In Circulation •How To Identify The Original One was last modified: April 9th, 2018 by Damilare Salami