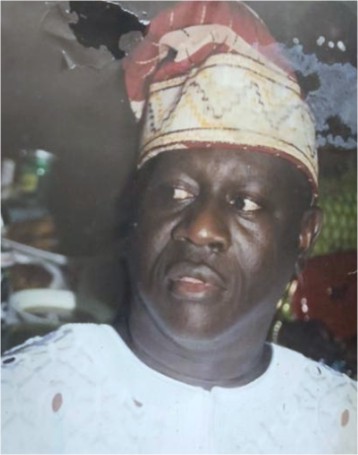 In his lifetime, he was a great man. He was also a business icon. That is why 10 years after his death, Otunba Jacob Feyisayo Winfunke the owner of Waterparks is still being celebrated in a big way by family members, friends and well wishers. This week, 18th May 2021, the Olaiwin Winfunke family will be hosting a 10th Year Remembrance Service in his honour, at the First African Church Mission, at 16 Carter Street, Ebute Metta, Lagos at 11.00am.

That same day, his sister, Mrs. Ibironke  Winfunke-Akiniyi will be celebrating her 60th diamond Jubilee Anniversary at the same church, about the same time. Reception follows immediately at the family house. That is where Otunba Winfunke grew up.

In his lifetime, his achievements included  the running of Lloyds Development,  Water Parks, Ikeja,  Aquatic Hotels1 31-37 Toyin Street, Ikeja. Lagos , Nigeria. The Waterparks group include a recreation and events centre based on Toyin street,  Ikeja, Lagos; He was about to set up   several resorts around the country, notably in Abuja and Lekki at the time of his demise.

He died in Atlanta after a prolonged illness. He had a history of Hypertension. He was flown to the US by his immediate family. And he died on 18th  May 2011.

Late Otunba Feyi Winfunke was a man of many parts. He was a devoted husband, a  loving and caring father, a one-in-a million brother, an irreplaceable confidant  and a very good friend . We loveyou but God loves you best. Sleep on beloved in the bossom of your Lord and Saviour until the resurrection morning. Femi Winfunke for the family.