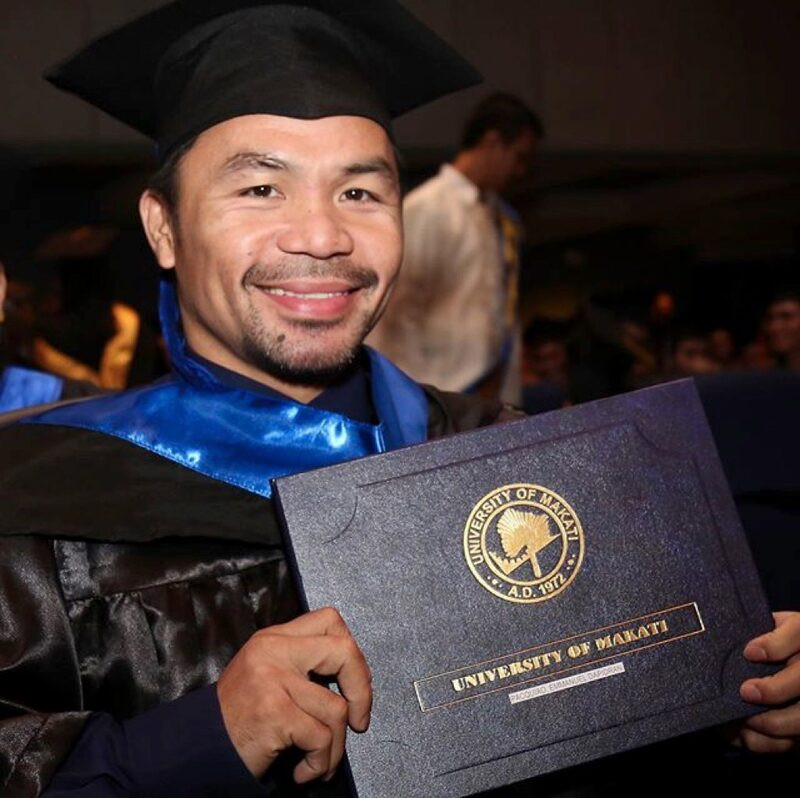 Former Philippine boxer-turned-senator, Manny Pacquiao on Wednesday graduated with a degree in political science from the University of Makati in Philippines.

The boxer who majored in Local Government Administration, said back in December he had embraced education so as to understand the problems and situations of his country. He was flanked by his wife and son as he received his certificate.

‘We need a character like Elrufai’, Obasanjo Hails Kaduna Governor