Fans attacks Nollywood actress, Mercy Aigbe-Gentry claiming she turned up for the #IStandWithNigeria protest late and only to show off 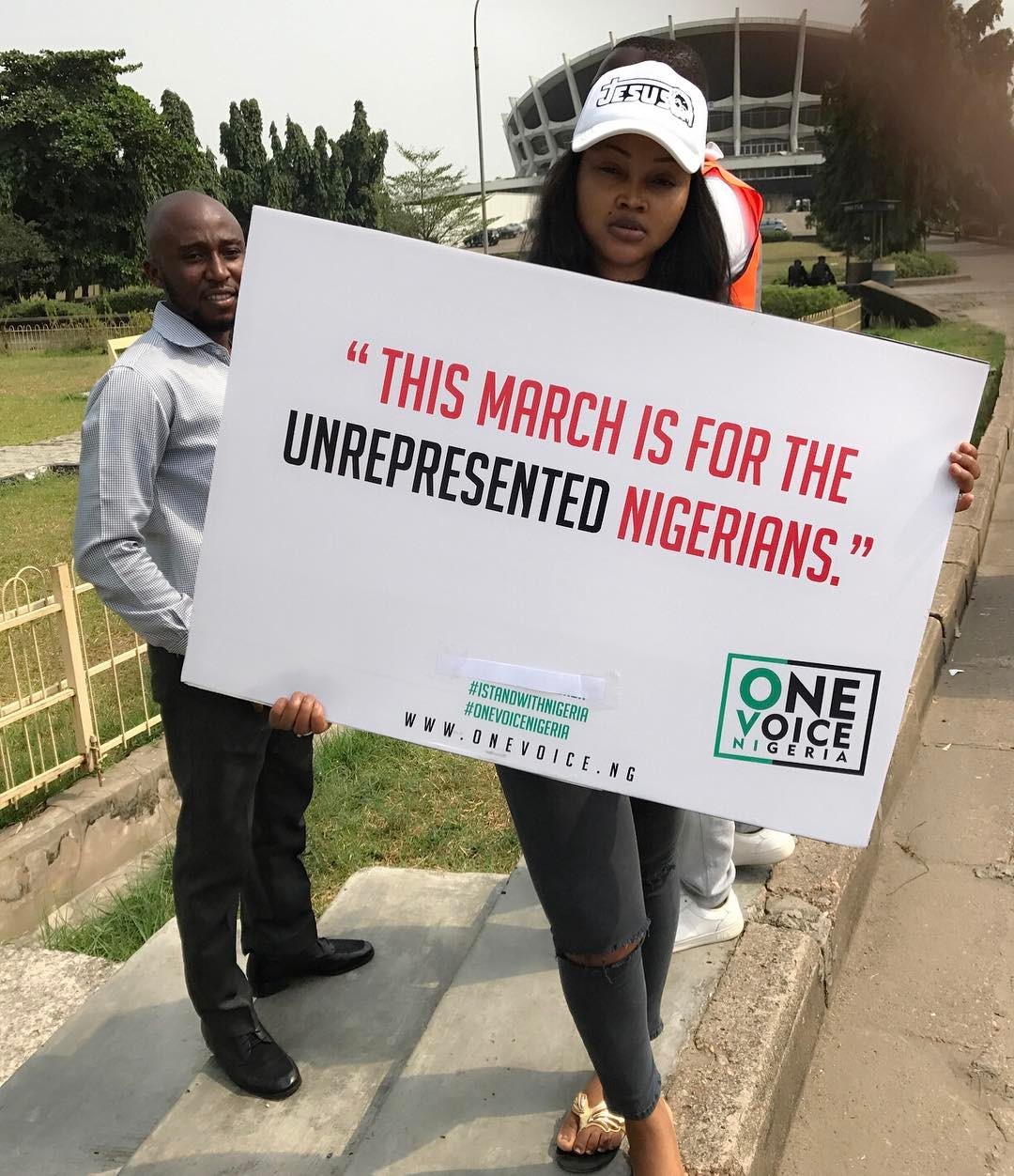 Following the #IStandWithNigeria protest which kicked off yesterday against the Federal Government without the initiator, popular musician, Tubaba, it still had major support from various artistes, influencers, and public figures including Nollywood actress, Mercy Aigbe-Gentry.

However, a fan has called out the actress, accusing her of showing up towards the end of the rally to take pictures and “belong”.

Mercy Aigbe is yet to reactions to the fan’s claims.

Read the fan’s claims below:

Fans attacks Nollywood actress, Mercy Aigbe-Gentry claiming she turned up for the #IStandWithNigeria protest late and only to show off was last modified: February 7th, 2017 by Daniji Emmanuel

Buhari did not indicate return date in his letter – Senate declares