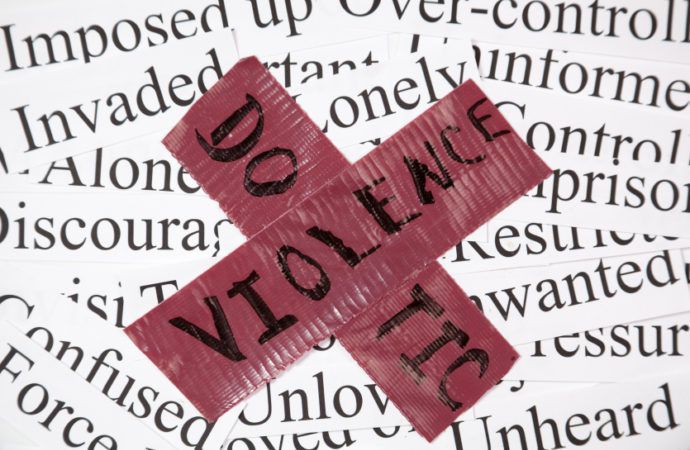 Domestic abuse has been in the spotlight for the past few weeks. We asked an expert about the role of a father whose daughter is being abused by her partner

Meshack Kekana, founder of Dads in the Picture, a support organisation for fathers, offers advice to men whose daughters are in abusive relationships.

Firstly, fathers need to have a certain level of self-awareness, says Kekana.

“A father needs to be aware of his own state of mind and his own condition. He needs to ask himself if he’s a good role model and if over the years, he’s been able to communicate amicably with his daughter.”

What not to do

Before offering guidance on what to do, here’s what Kekana cautions fathers against doing.

Don’t try to control the situation

It’s important to be cautious of the tone you use when speaking to your daughter about the situation.

“A father must be aware that whatever he says might be taken in a certain way by his daughter. The tone should always be one of understanding,” Kekana advises.

“It’s important to listen to your daughter and understand all the facts and dynamics involved in the relationship,” Kekana says. “Abuse happens over time, and a woman might be approaching her father after the couple has already become used to the abusive behaviour.

“So when a father starts to criticise the abusive partner, his daughter might become defensive. Also, if you criticise her for having stayed in the relationship, she might shrink back and not open up to you.”

Reassure her of your presence

Kekana says the first thing a father in this situation should do is assure his daughter that he loves her, that he’s there for her and that he’ll always be on her side.

Remind her that she’s the victim

“You need to make sure that she understands that she’s the victim, whatever the circumstances may have been – irrespective of what she says and irrespective of how she sees it,” Kekana says.

“Remind her that nothing will ever justify any type of abuse, that her partner is in the wrong.”

Allow her to lead the process

Kekana says it’s important that a father allow his daughter to take charge of the situation. He is not in a position to demand that she get out of the relationship. “A father needs to get his daughter to a point where she sees everything that’s wrong and comes to that decision for herself,” he explains.

“Say to her: ‘What do you need me to do? I’m here for you. I can do anything you want to do, but right now I need you to tell me exactly what you need.’”

“Sometimes as a father you can help with something only to a particular point, and at some point you might need to seek professional help for your daughter,” Kekana says. “This could be in the form of a psychologist or a support organisation that helps women who have been or are in abusive relationships.”

What if she doesn’t want to leave the relationship?

A woman may not want to leave a relationship for several reasons says Kekana – she may have been worn down to the point of accepting the abuse and could be blaming herself for it.

“This is where it becomes important to reiterate the fact that there’s nothing she could have done that was so bad that would make it okay for someone to lay a hand on her,” says Kekana.

“Tell her that you can’t stand by and watch her suffer, and that the only way you can let her do this her way is if she understands that she needs to work towards leaving the situation.”

He adds that a father can’t simply carry on with life if his daughter refuses to end the relationship.

This is the point, Kekana says, that a father should say to his child: “I trust you to make the right decision. However, if I’m not satisfied that the position you’re taking is going to improve the situation, I’ll have to take it upon myself to find a solution.”

“It’s important that you don’t go behind her back with any decision you take because then you’ll lose her trust completely,” Kekana says.

This is when a father should consider reporting the abuse to the police and taking further action that he feels will improve his daughter’s situation.

What to do as a father if your daughter is in an abusive relationship was last modified: June 23rd, 2017 by Arinze Ago

Lady Laments About How The High Cost...