FBI Cautions Against Nationwide Armed Protests Ahead Of Biden’s Inauguration 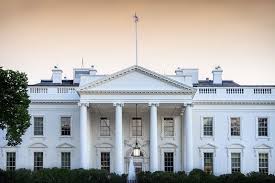 The Federal Bureau of Investigation, FBI has cautioned armed protests planners for Washington and all the 50 U.S. state capitals in the build-up to President-elect Joe Biden’s Jan. 20 inauguration.

According to a federal law enforcement source who said that with the threat of more violence from outgoing President Donald Trump‘s supporters following last Wednesday’s storming of the U.S. Capitol, the FBI issued warnings for next weekend that run at least until Inauguration Day.

Meanwhile, the National Guard has been authorised to send up to 15,000 troops to Washington, and tourists were barred from visiting the Washington Monument until Jan. 24 as a means to safeguard the U.S. capital.

Biden’s inaugural committee said on Monday that the theme of the Jan. 20 ceremony would be “America United.” while Trump, who has sought unsuccessfully to overturn the Nov. 3 election results with false claims of widespread fraud, said last week that he would not attend the ceremony.