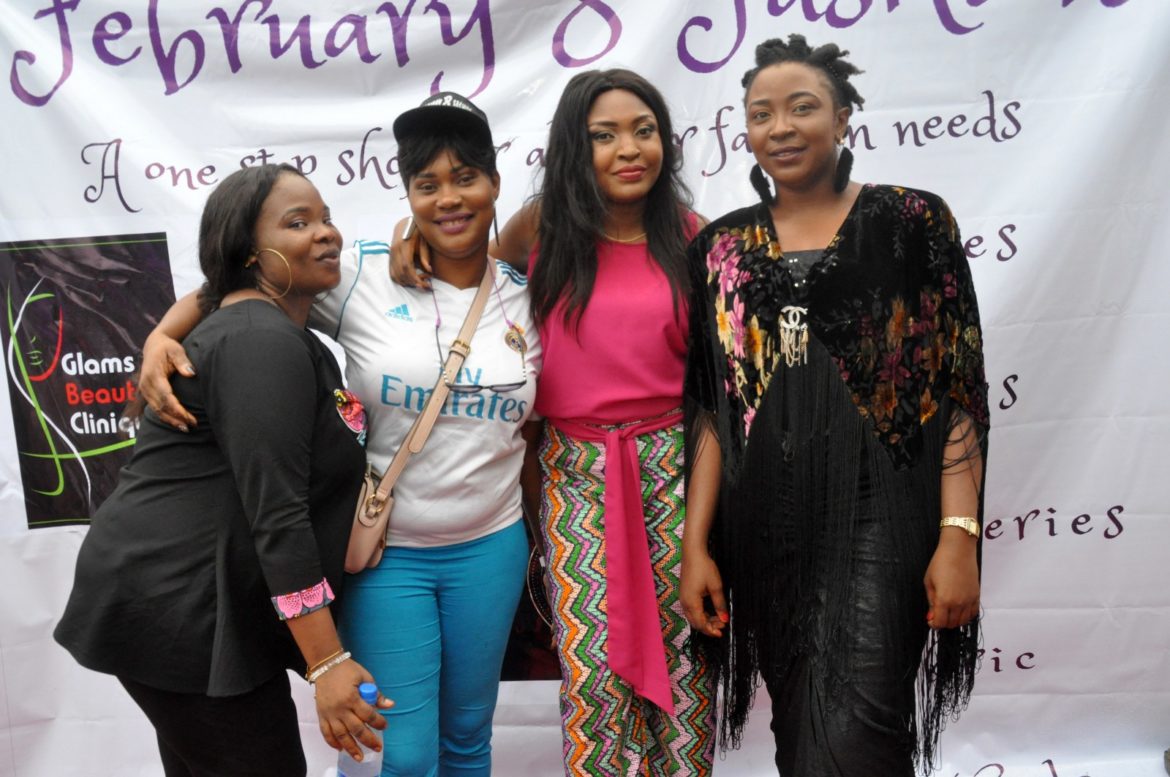 Despite the downpour on Saturday, June 30, 2018. Families, friends and patrons defiled the rain to witness the grand opening of an upscale fashion outfit at Block 24, Rafiu Babatunde Street, Opposite Sunfit Gym, Amuwo Odofin.

The event started at 2:30pm behind schedule, owing to the rain, with the opening prayer led by Mr. Ayodele Awolola. It was followed by the opening speech delivered by the CEO, Mrs Mary Oseghale, a graduate of linguistic from the University of Ibadanin Oyo State, who has turned a fashionista. She had flair for fashion during her school days as she named the outfit after her husband’s birth date (February 8).

The delectable lady, who was full of joy and happiness, gave praises and adoration to the Almighty God, who had really surprised her to actualise her dream. Her thanks, however, went to her handsome husband (Engr. Blessing David Osaghale), who stood by her and supported her vision in all ramifications.

Having started her fashion business 8 years ago with a kiddies shop at Okota named Belle Kids Essential, before adding the latest shop at Amuwo Odofin, the one-stop store for all patrons’ fashion needs. The store sells exquisite fabrics, ready-to-wear clothes, jewellery, shoes for men and bridal wears at affordable prices.

Her husband, who couldn’t hide his emotion, eulogised his wife as ambitious, down to earth, a go-getter and enterprising, advise men to support and empower their wives, gone were the days when women’s place is in the kitchen. Now, they serve as alternative source of revenue for the family.

The highlight of the event was a fashion exhibition on runaway which showcased the different styles handiwork of Mrs. Mary Oseghale, the CEO of February 8 Fashion. Special gifts were given to the first 20 persons to arrive at the venue, while discount of 30% was given to those who bought clothes and other items at the ceremony.

The event was packaged by Lemmy Touch, while on the wheel of steel was DJ Tommy.