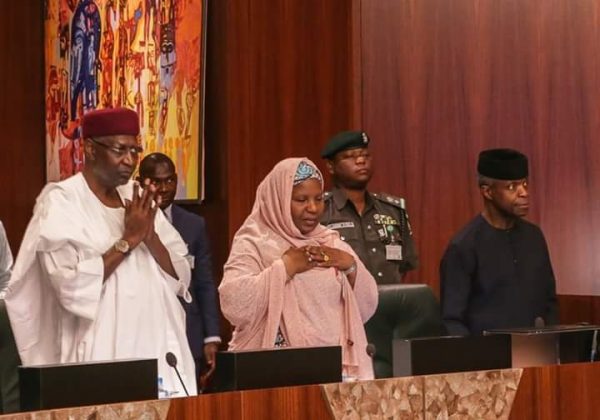 The Federal Executive Council has approved N612million as revised estimated total cost for the completion of Cham Dam and development of 100 hectares of irrigation scheme in Balanga Local Government Area of Gombe State.

The Minister of Water Resources, Alhaji Suleiman Adamu, made this known when he briefed State House correspondents on the outcome of the meeting of the Federal Executive Council on Wednesday.

The meeting was presided over by Vice-President Yemi Osinbajo at the Council Chamber of the Presidential Villa, Abuja.

Adamu said the project was initially awarded in 2011 at the cost of N832million, saying the augmentation had now brought the total cost of the project to N1.44 billion.

“Council today approved the revised estimated total cost for the complete rehabilitation of Cham Dam and development of 100 hectares of irrigation in Balanga Local Government Area of Gombe State.

“As part of our process to complete projects that we inherited we brought this project which was started in 2011 but had suffered due to paucity of fund. Works had stopped around 65 per cent.

“We now need to complete it and we had to re-negotiate with the contractors.

“Therefore, we brought request for augmentation of N612million for that project.

According to him, the project is being executed by the Upper Benue River Basin Development Authority.

He said: “The Dam was originally constructed in 1982 but after some unprecedented rainfall and probably due to inadequate provision of spillways the dam was breached about 10 years ago and therefore, it has to be reconstructed and this is why we came for this augmentation of N612million.