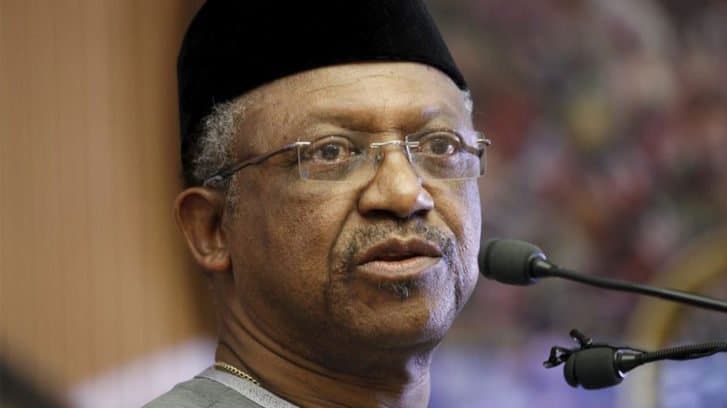 The Federal Government has shared N6.5 billion from the Basic Health Care Provision Fund (BHCPF) to 15 states and the Federal Capital Territory (FCT).

This was announced by the new Health Minister, Osagie Enahire, on Tuesday at a press briefing at the ministry’s secretariat in Abuja.

The National Health Act 2014 created three gateways for disbursement of the BHCPF.

The National Health Insurance Scheme (NHIS) is to receive 50 per cent of the fund, the National Primary Health Care Development Agency (NPHCDA) 45 per cent, and the Ministry in charge will receive 5 per cent for outbreaks and emergency responses.

The State Health Insurance Schemes will benefit from the NHIS share to “purchase a Basic Minimum Package of Healthcare Services for all participating Nigerians.”

Also at the event, which was well-attended by journalists and officials, was the NHIS executive secretary, Mohammed Sambo, and Olorunnimbe Mamora, the minister of state for health.

In the breakdown of the N6.5b made available to journalists at the end of the briefing, Kano received the highest allocation with N948million, closely followed by Lagos and Katsina with N672million and N638million respectively.

The sharing formula of the funds is not provided in the document.

FCT and Bayelsa are the lowest recipients with 118m and 116m respectively.