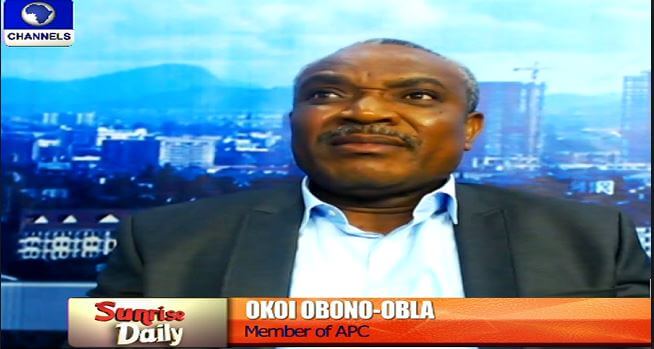 The senior special assistant to the president on prosecution, Mr Okoi Obono-Obla on Tuesday, September 5, urged the federal government to take over empty houses in Abuja and sell them.
Cross River-born Obono-Obla, who is also the chairman of the special presidential investigation panel for the recovery of public property, made this known when the Say No Campaign, a civil society organisation, paid a courtesy call on him in Abuja.
He stated that it was important for the government to collaborate with civil society groups in order to search out properties of looters of national treasury.
.
“I want the houses taken over, that is where CSOs will have to work together with us.
“We have to take over those building and sell them and maybe put the money into education for our children.
“I was appointed to work to galvanise the anti-corruption war this assignment is a very important one and I will do it well,” he said.
Obono-Obla also said that there was a law known as the Recovery of Public Property Special Provisions Act which had been in existence for the past 40 years without being implemented by successive governments.
.
He said that if that law was used, corruption would have been reduced drastically in Nigeria.
“If you know public servants or directors that have properties, bring their names. I have been asked to focus on the public sector corruption which is the endemic one.
“We can investigate anyone with a source of wealth that cannot be explained.” he added.
Earlier, the director of Say No Campaign, Mr Ezenwa Nwagwu, expressed the organisation’s worry about the mode of prosecutions, especially those carried out by anti-corruption agencies.
He stated that the Say No Campaign and other Civil Society Organisations are ready to partner with the presidential aide to make his job easier.
His words: “There are compromises involved. There are constraints in government that we don’t have, so if we partner together, we’ll be able to do much more.
“We want to be able to screen out particular areas where we will be able to assist you.
“There is a personality cult around the fight around the anti-corruption fight and that is not helpful. We want the citizens of our country to own the fight.”
.
The party made the allegation on Monday, September 4, in relation to series of allegations levelled against the Inspector-General of Police (IGP), Ibrahim Idris, by the senator representing Bauchi Central, Isah Misau.
FG Must Take Over Empty Houses in Abuja and Sell Them – Presidential Aide was last modified: September 6th, 2017 by Arinze Ago

Woman Strangles Her Own Newborn Baby to Death Because of Boyfriend