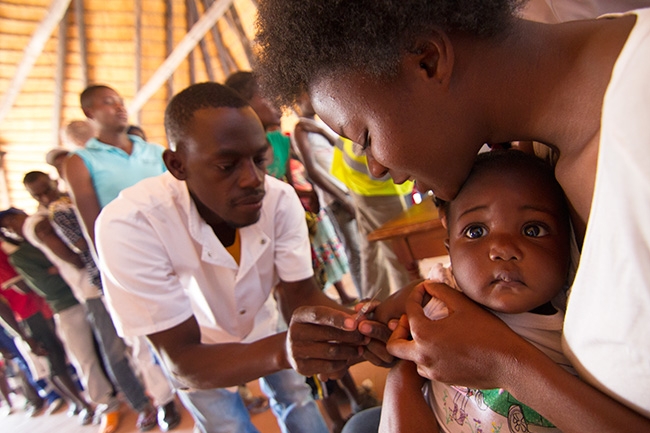 The Federal Government on Tuesday expressed its readiness to contain further spread of yellow fever in the country.

The Chief Executive Officer, Nigeria Centre for Disease Control, NCDC, Chikwe Ihekweazu, said this in a statement he issued in Abuja.

He also said that the government would also limit the impact of the killer ailment.

Mr. Ihekweazu said that following the case of yellow fever in Kwara State, laboratory diagnosis was carried out at the Lagos University Teaching Hospital and confirmed at the Institute Pasteur, Dakar, Senegal.

He said that a multi-agency Incident Management System has been constituted at the NCDC to ensure a rapid and coordinated response.

”In response to the case, and in line with WHO guidelines, a vaccination campaign is being planned to begin in the affected and surrounding Local Government Areas on 30th September to prevent further spread.

”Communication activities are being intensified to enlighten healthcare workers and the general public,’’ he said.

He also said that an Emergency Operations Centre is being activated in the state to ensure a coordinated and efficient response at the state level.

He listed the symptoms to include fever, headache, jaundice (yellowness of the eyes), muscle pain, nausea, vomiting, and fatigue.

According to him, some infected people may not experience any of these symptoms, while in some the symptoms might be mild.

He added that in severe cases, jaundice and bleeding may occur from the mouth, nose, eyes or stomach.

Ihekweazu said that vaccination against the disease remained the most important measure in preventing Yellow Fever.

He said the Yellow Fever vaccine had been part of the childhood immunisation schedule in Nigeria.

”Other methods of prevention include using insect repellents, sleeping under long-lasting insecticide-treated nets, living in net screened accommodation, ensuring proper sanitation and getting rid of stagnant water or breeding places for mosquitoes.

”Although there is no specific medicine to treat the disease, intensive supportive care can be provided, most patients would recover with appropriate care when they present early enough,” he said.

He, therefore, advised health care workers to practice standard precautions while handling patients or body fluids at all times and to be familiar with the case definition and maintain a high index of suspicion.

Mr. Ihekweazu advised Nigerians to remain calm, avoid self-medication and report to the nearest health facility if feeling unwell or if they notice any of the above symptoms in anyone around.