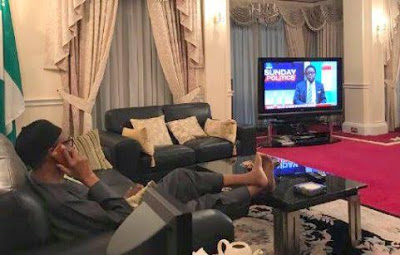 Lai Mohammed urged Nigerians to disregard the rumor that is being circulated via text messaging and the Social Media. He affirmed that there is no iota of truth in the messages being circulated, adding that President Buhari is hale and hearty Mohammed said while opposition and criticism are all part of democracy, the crafting and circulation of subversive materials and scare-mongering are not, hence the full wrath of the law will be brought to bear on those who are bent on subverting the state.

”The emerging trend of resorting to destabilization and scare-mongering is not unexpected, considering this government’s clamp-down on the corrupt elements in the society, the plugging of all financial leaks which has derailed the gravy train of the looters of public treasury and the enthronement of probity and transparency in the polity. While we will neither stifle press freedom nor abridge the citizens’ right to express themselves freely, whether through criticism or protests, the security agencies will neither allow any resort to violence nor a willful subversion of the state for whatever reason,” he said