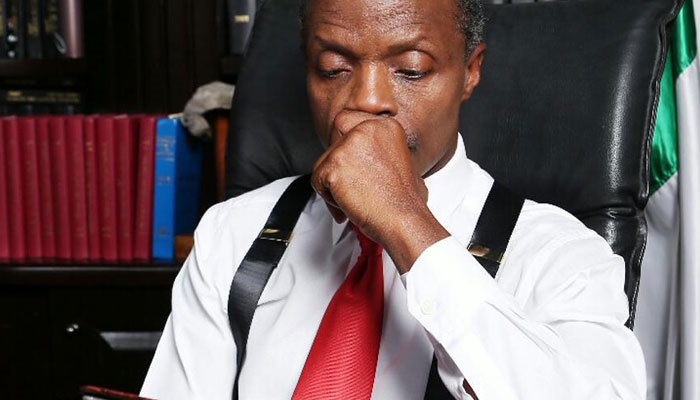 Vice President Yemi Osinbajo may have waded into the lingering leadership crisis that has bedeviled the Nigeria Football Federation.

There are reports that the VP has fixed a meeting with the Amaju Pinnick exco, and that of Chris Giwa this week, in a move to bring a lasting end to the battle of NFF leadership and avoid an impending ban by FIFA.

FIFA had on Tuesday, once again, gave Nigeria till August 20 to resolve the crisis in the Glass House or face ban.

Pinnick, who has been in leadership since winning an election in 2014, been locked in legal battle with Giwa, who was held a parallel election same year and won, after being denied the chance to contest against Pinnick.

The meeting with Osinbajo is expected to bring peace to football leadership in Nigeria as new election is already due for September.

One of the parties had early scheduled a visit to see President Muhammadu Buhari in London, but that may have been put on hold following the VP’s intervention.