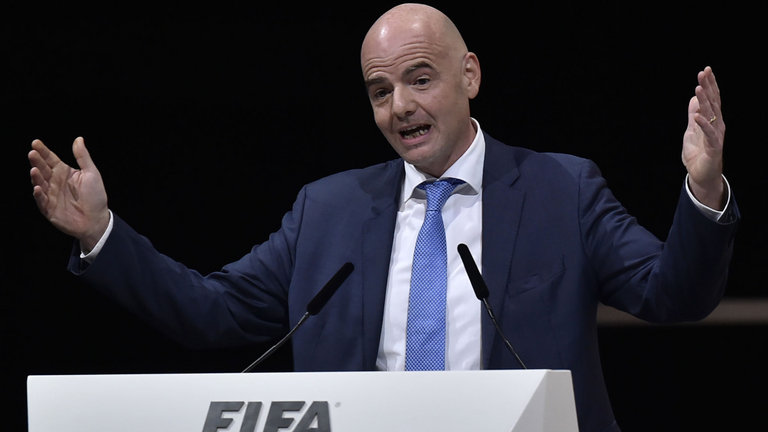 Fifa president Gianni Infantino says a home match should “not be played in a foreign country,” as he addressed La Liga’s plans to stage a game in the US.

Spain’s top-flight has asked permission from the Spanish Football Federation (RFEF) to relocate Girona’s ‘home’ match against Barcelona to the US.

The game would be played at Miami’s Hard Rock Stadium on 26 January.

“I think I would prefer to see a great MLS game in the US rather than La Liga being in the US,” said Infantino.

“In football, the general principle is that you play a “home” match at “home”, and not in a foreign country.”

La Liga president Javier Tebas responded to Infantino on Twitter, he said: “I will remind the president of Fifa that in the MLS, three teams of Canada participate, and Toronto is the current champion, and also in Canada, there is another professional league.

Canadian teams Toronto, Montreal and Vancouver all compete in the MLS but play home games in their own cities.

RFEF, the US Soccer Federation, European governing body Uefa and the Confederation of North, Central American and Caribbean Association Football (CONCACAF) need to give permission for the game to go ahead.

Infantino added: “There are rules, regulations, that everyone complies with. Such a proposal has to be approved by the respective associations, by the respective confederations and Fifa should also express a view on the matter, not least since it would have implications for football at the global level as well.”

Luis Rubiales, the president of the RFEF, has previously spoken out against the US game.

The Spanish players’ union (AFE) has also opposed the match and following a meeting with La Liga last week, it said the players would have the “final say”.

La Liga, Spain’s top flight, has agreed to play one game a season in the US as part of a 15-year deal with media company Relevant.

Girona is in Catalonia, about 60 miles northeast of Barcelona. The club say the match represents a chance for expansion and growth, both for the club and the region.

La Liga is planning to subsidise travel and accommodation for fans affected by the relocated match.

READ ALSO: WE ARE MORE RELAXED WITHOUT RONALDO – GARETH BALE

FIFA Halts La Liga Plans To Stage League Game In The US was last modified: September 18th, 2018 by Damilare Salami