FIFA Seed France, Germany, Russia, Others Ahead Of World Cup 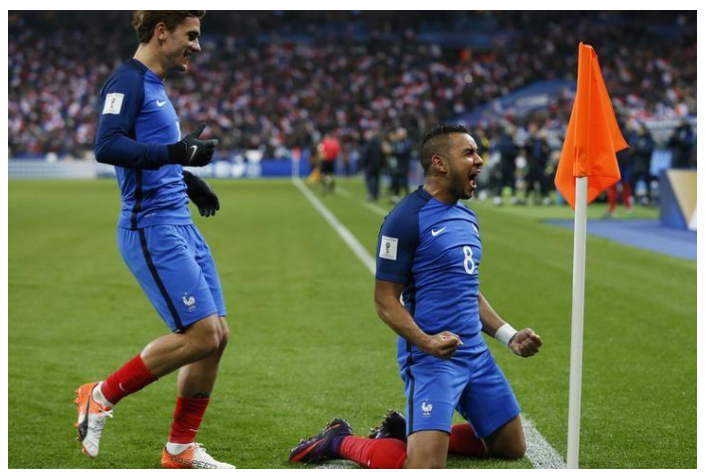 France will be among the top seeds for next month’s World Cup draw after they climbed to seventh in the FIFA rankings published on Monday.
The draw for next year’s finals will be held in Moscow on Dec. 1 when the 32 eventual finalists will be divided into four pots according to their position in the rankings announced on Monday.
The seven top-ranked teams plus hosts Russia go into in pot one, the next eight ranked teams in pot two and so on.
Each of the eight four-team first-round groups will consist of one team drawn from each pot.
The top seven teams on Monday were Germany, Brazil, Portugal, Argentina, Belgium, Poland, and France — all among the 23 teams who have so far guaranteed their places in Russia.
Spain will be in pot two, where they will be joined by England, Colombia, Mexico, and Uruguay. Peru, Switzerland, and Italy, who all face playoffs in November, will also go into pot two if they qualify.
Peru, who face New Zealand in November as they attempt to end a 36-year absence from the World Cup, climbed into the top 10 for the first time.
The rankings also confirmed that Switzerland, Italy, Croatia, and Denmark will be the seeded teams for the European playoffs, which will be drawn on Tuesday and played over two legs in November.
Northern Ireland, Ireland, Greece and Sweden are the other teams involved.