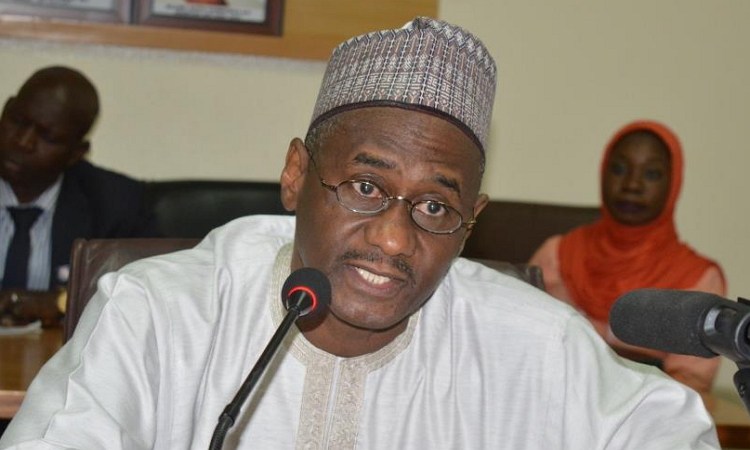 The suspended Executive Secretary of the National Health Insurance Scheme, NHIS, Usman Yusuf, has given five reasons why he will ignore his suspension from office as ordered by the Minister of Health, Isaac Adewole.

In his own letter addressed to the minister, using the NHIS letterhead, Mr. Yusuf said he received the letter directing him to proceed on three months suspension with immediate effect to pave way for uninterrupted investigation of petitions against him in accordance with Public Service Rules.

He, however, said he would not comply with the directives for the following five reasons:

“1. By virtue of the NHIS Act particularly section 4 and 8 thereof, my appointment and removal from office whether by way of suspension or otherwise is at the instance of the President of the Federal Republic of Nigeria.

“2. Except removed from office by the president under circumstances specified in the NHIS Act, my appointment is for a period of five (5) years subject to further term of the same period at the discretion of the president.

“3. Although by virtue of section 47 of the NHIS Act, you are empowered to give directives of a general nature to the Governing Council of the Scheme and in the absence of the Council, you have Presidential mandate to exercise the powers and functions of the council, but since the powers and functions of the Council do not include discipline, suspension or removal of the Executive Secretary of the Scheme from office, the directive in your letter under reference cannot find comfort under the said section or presidential mandate; and

“4. The letter of suspension is not in accordance with Public Service Rules as no prima facie case has been established against me in respect of the petition referred to in the letter. The mere fact that there are pending petitions against a public officer which is yet to be substantiated does not constitute a ground for suspension under the Public Service Rules. otherwise, with over 18,000 petitions pending against public officer holders before the EFCC and ICPC as at the end of June 2017, the total number of public officers who would have been on suspension by now including Honourable Ministers is left to be imagined.

“5. As you are aware, the petition referred to in your letter are currently being investigated by the ICPC which is yet to submit its report. In view of the criminal nature of most of the allegations in the petitions, security/investigative agencies like ICPC are the appropriate agencies for investigation contemplated in your letter; not a Ministerial Committee. I have cooperated fully with the investigations so far and will continue to do so.”

The embattled health insurance chief asked that the minister allow “investigations of these petitions to follow due process.”