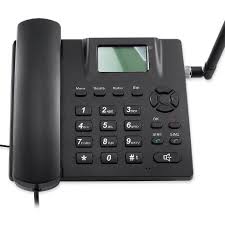 You must remember the days of Starcomms, Intercellular and Reltel. Those were some of the good old days when business call centre reigned supreme. It was also a period that several telephone subscribers also have fixed lines at home. Well, we have news for you! Fixed lines will be making a comeback in the country, thanks to the Nigerian Communications Commission (NCC).

The commission has vowed to bring back fixed lines into Nigeria homes as it forces Nigeria telephone operators to implement that part of their licences. Apparently, some operators have even forgotten that they were required to implement a percentage of fixed lines along with their mobile lines. They have treated that part of their licence as an appendix and a dose of levity to go with it.

It can be recalled that about 15 years ago when the operators then referred to as known Private Telephone Operators (PTO) started rolling out thousands of mobile lines, they were called to order and reminded by the NCC that fixed lines was supposed to be their priority. By then, they were only allowed to rollout a lesser percentage of mobiles lines. Over the years, the market has been disrupted so much that a lot of water passed under the bridge and everybody forgot about fixed lines.

The NCC is however, saying the operators must play their part in re-intruding at least a number of fixed lines as they have their uses. Especially as subscribers no longer have that option to choose from.  There might just be a market for those lines again.

Teledensity has risen in the country to the point that people do not feel the need for mobile lines in their homes probably because they and all their kids all have mobile lines. It is for the same reason that business call centres have all but disappeared. SIM cards are very cheap now and there are recharge cards for as low as N100.

How Prof Umar Danbatta Is Repositioning NCC for the Better