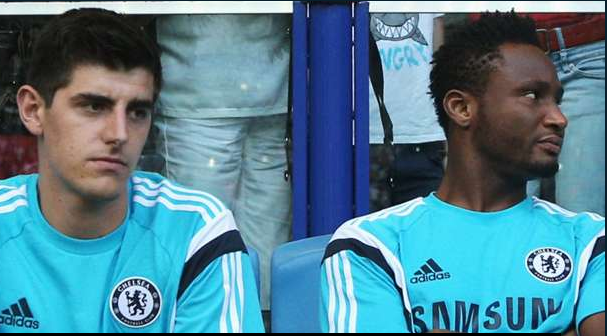 Chelsea goalkeeper Thibaut Courtois aimed a jibe at John Obi Mikel following his move to China, insisting football is all about winning titles and playing for big clubs.

The Nigeria international joined Tianjin TEDA after failing to make an impression on the first team under Antonio Conte, who took charge in the summer.

There, the 29-year-old is expected to earn £140,000 per week in the Chinese Super League that boasts of former Brazilian teammate, Oscar.

And Courtois, who played alongside the midfielder at the Stamford Bridge, used his point of view to mock Mikel for his move to Asia rather than battle for a place in the star-studded Roman Army – where he is guaranteed of winning trophies.

When asked by Mirror on why he never took the same path as his former teammates, the 24-year-old said: “Some players are more concentrated on what they will do after their football career and want to make sure their lives are financially settled.

“I prefer to play in big teams, earn a little less money and win trophies.”