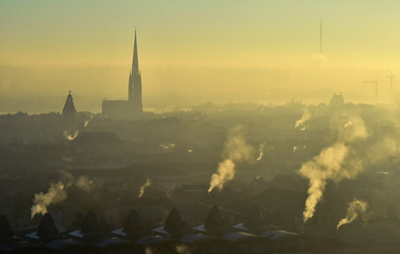 Over 5, 500 children who survived lead poisoning in Zamfara and Niger states have been treated by a Dutch international development agency, Medecins Sans Frontieres, MSN, also called Doctors without Borders.

This was disclosed by the Deputy Head of Mission, MSN, Nigeria, Dr. Simba Tirima while speaking on the efforts made by MSN to contain lead poisoning in Zamfara and Niger States.

Tirima said millions of Euros have been spent on treatment and medications to sustain the lives of the children for the past seven years, and they will continue with massive public education on prevention.

He said: “In late 2010, an unprecedented outbreak of lead poisoning was discovered in Zamfara State, in about three months, 400 or more children have died of this poisoning and nobody knew what this issue was until the investigations were done.

“But even after the investigation was done, there wasn’t any organisation in the world that was equipped at the time to deal with the large number of people like this.

“So MSN, as an emergency medical organization, took on the treatment of all those children and we have been treating them with Eculation treatment, a drug that helps expel lead from the body.

So we have been treating children in Zamfara State since June 2010 and currently we have treated about 5,500 children. Now in 2015 the same problem was discovered again.”

However, he said that the treatment does not equate cure, once the lead poison causes the damage in the body system, especially for young people, it cannot be reversed and affects the nervous system is for a lifetime despite treatment