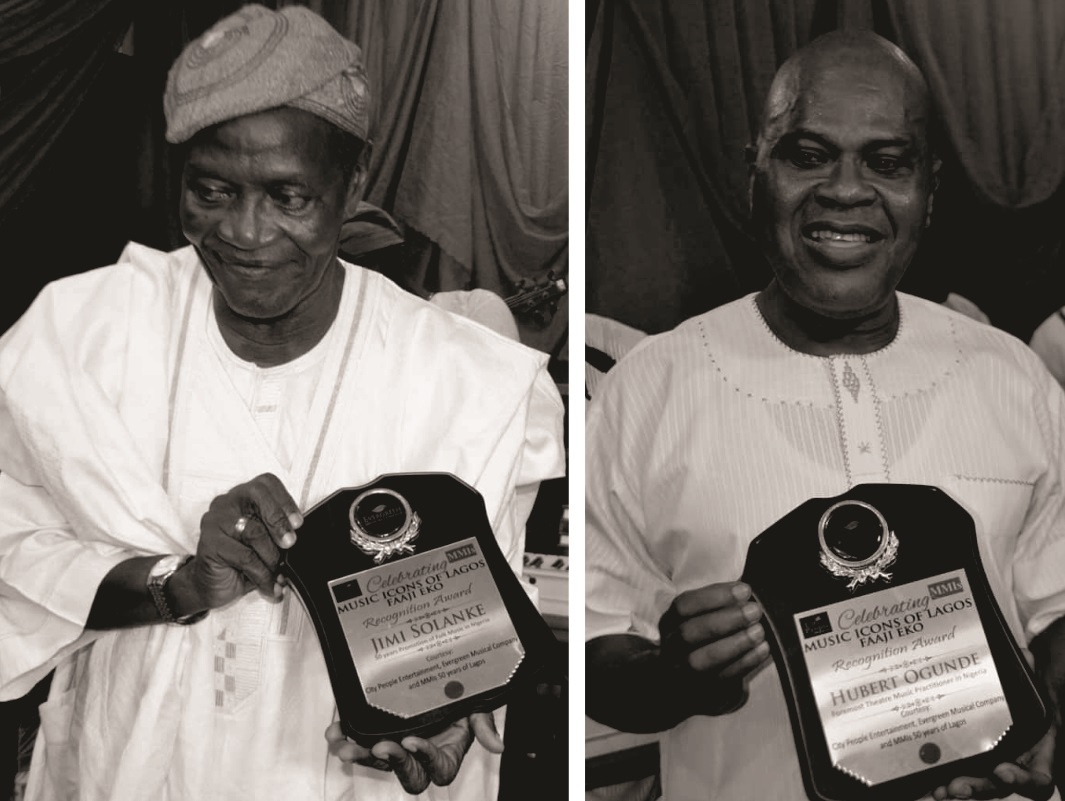 Having spent my formative and adolescence years in Lagos State dining and wining with the Queens and Kings of Nigerian music I have concluded that there is so much to learn from the songs of some music icons. At different point in time some of them have sang that the world will one day forget them and not remember them for the smile and joy they have put on different faces. One of such songs can be found in the song of a Highlife music legend Rex Lawson  titled “ Old Friends and New Lovers” where he begged the world to remember him as he has sailed many oceans with his music, survived many storms,  delighted many heart, etc

At a Recent  gathering in Lagos  two Entertainment Giants (City People Entertainment and Evergreen Musical Company Limited) located in the heart of Lagos who have been at the forefront of music promotions and entertainment  for over two decades in Nigeria  in conjunction with  some great lovers of  music (MMIs) from different walks of life  decided  to come together by  taking  the bull by the horn and  give a once in a lifetime celebration to some legends of Lagos Music who have contributed immensely to the development of Lagos Roots but yet remained uncelebrated and  forgotten in the ridicule of history.

Judging from the caliber of people that graced this occasion one will be quick to notice that no matter our profession music lives in all of us.  Royalties, Musicians, Journalist, Politicians, Children of Music Legends, University Lectures,  Business moguls etc all turned out in their hundreds to honor these 10 music icons of Lagos Root . It was held at the Ultra Modern City People Event Center in Gbagada, Lagos.

An event of this nature became very necessary because of the need to document and appreciate our rich musical heritage and the artistic genius of different Nigerian musicians from different ethnicity who have contributed to the development of Lagos music in the past 50 years and also to immortalize the memories and enduring legacies of some Nigerian music icons.  Ie Hubert Ogunde was recognized as the founder of theatre music in Nigeria and his son Mr Bayo Ogunde was there to receive his father’s award. The legendary folk icon Sir Jimi Solanke who clocked 75 years recently drove in from Ile Ife where he resides to receive his award for 50 years consistency of folk music in Nigeria. Also Adeolu Akisanya’s son was around to collect his father’s award as early pioneer of Agidigbo music. The founder of Sakara music in Nigeria Abibu Oluwa was fully represented by his daughter who is over 82 years old.  Batilu Alake’s son, daughter and granddaughter collected award for the Waka queen with a short music performance by her granddaughter who is obviously a promising waka singer. Sina Ayinde Bakare received his fathers 45 years posthumous Award. Ayinde Barrister was fully represented also by his Fan club.  Other awardees were Bobby Benson, Fela Anikulapo Kuti, Haruna Ishola, etc who were also fully represented.

Legendary Music Icon Muma Gee the lady with golden voice thrilled the audience with a nostalgic performance of Christy Essien’s Seun Rere. On the band stand was Sina Ayinde Bakare, Evergreen Band, Royall Bell Band who serenaded the audience with the best of Highlife music and Juju Roots .Also from Arslord Band a new generation act was special performance of  a memorable Highlife song titled “Sisi Obalende”. Adittu an indigenous musician sang a song he composed for “Lagos at 50. Ayanbukola Oniganganara proved the mastery of the gangan drums with her performance. 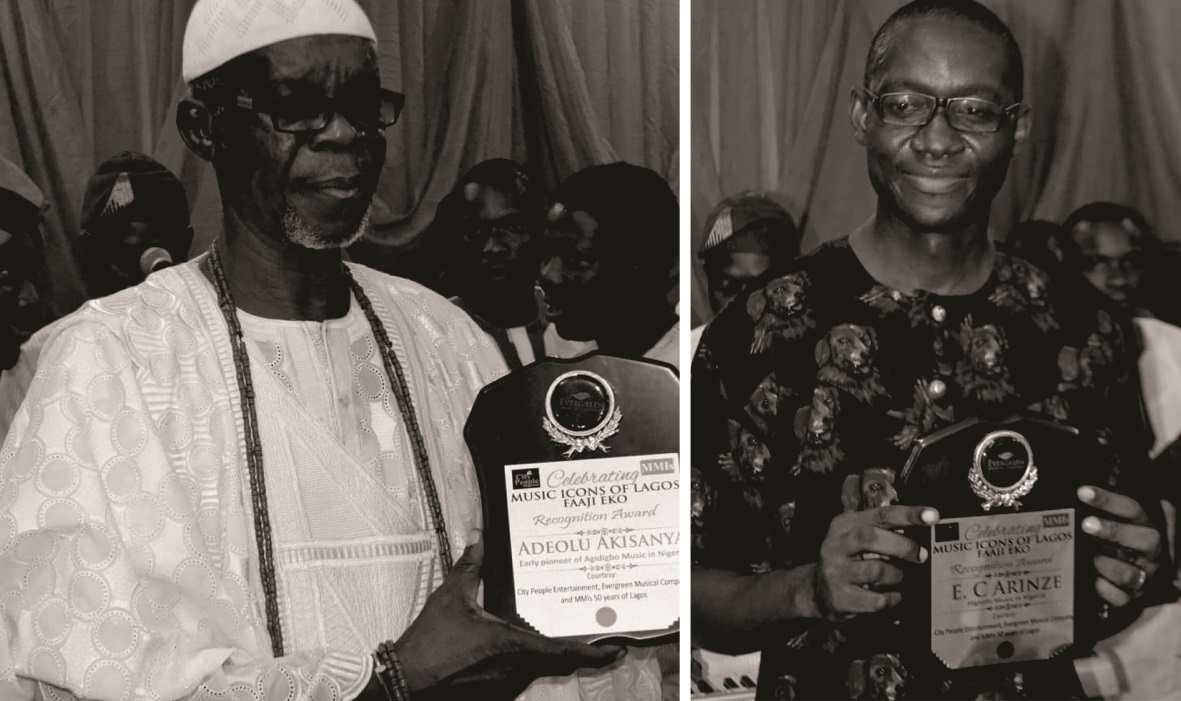 It saddens one that unlike other countries of the world who draw up calendar for different activities to celebrate their famous music legends all year long we continue to live with the fading memories of our music greats.  A society like ours which is peopled by enlightened minds prefers to celebrate mediocrity from different professions thereby relegating consciously and unconsciously the great legends of our historical development. Music greats from different ethnicity who reached the peak of their career in Lagos and who also have contributed immensely to the social cultural development, religious growth, education growth, political growth of Lagos State through their music have today remained forgotten

Finally I believe it is our collective right be it  an individual, Corporate Organization, Government Paralstatals , etc to continue to preserve our musical  Heritage to help safeguard the future of today and tomorrow’s leaders. Kudos to the organizers of this event as we are hopeful for a bigger one in the future.