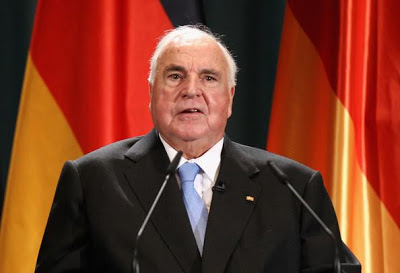 Helmut Kohl, the former German chancellor, and architect of reunification in 1990, has died at the 87. Bild newspaper reports that he died today at his house in Ludwigshafen, in the western state of Rhineland-Palatinate.

Kohl is also considered to be the architect of the Maastricht Treaty together with French President François Mitterrand, who both established the European Union (EU) and the euro currency.