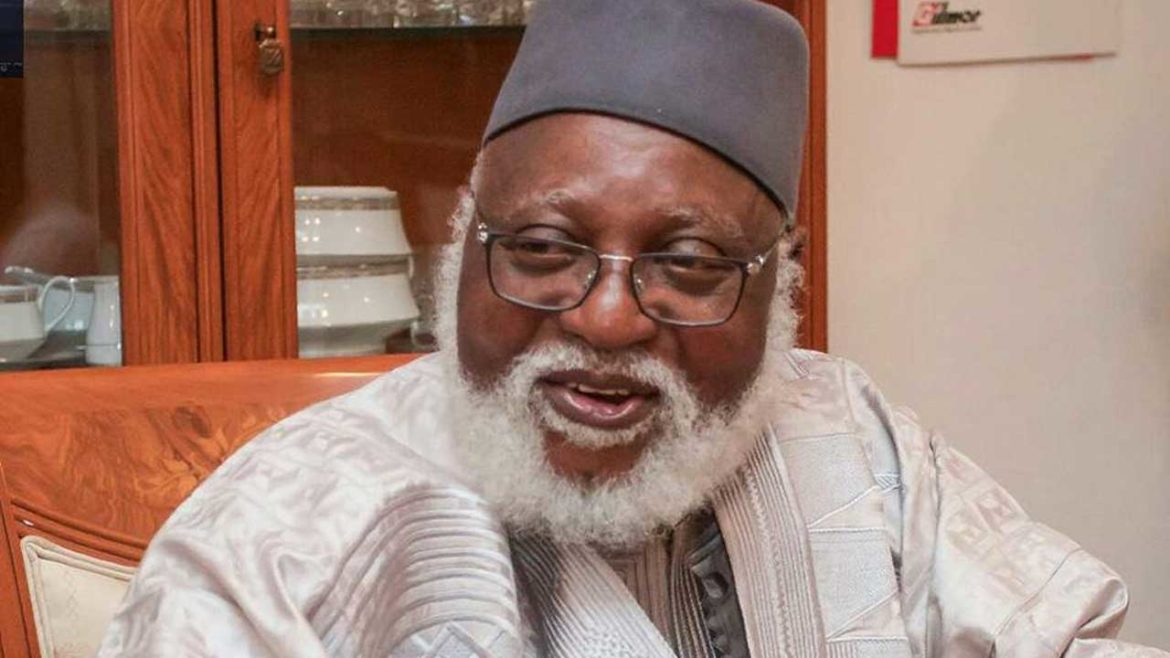 Security was beefed up in the early hours of Saturday at the Minna International Airport in Niger State when former Military Head of State, General Abdulsalami Abubakar, returned to Nigeria after about three-month absence.

The entire airport was cordoned off on Friday evening by security agents in anticipation of his arrival but was later postponed till Saturday morning.

However, the security personnel returned to their duty post at the airport early Saturday, and this time around ordered everybody out of the airport as they took different strategic positions to ensure that nobody enters the airport.

Aside from very few vehicles believed to be that of close family members, nobody, including newsmen were allowed into the airport.

At exactly 09:33 a.m., a Nigerian Air Force plane with registration No. 5NFGV conveying Abdulsalami and 12 others touched down at the Minna International Airport.

Among those seen coming out of the airport with him were his wife, Fati Abubakar, his daughter and wife of the state governor, Amina Bello.

The former head of state looked hale and healthy and was full of smiles as he exchanged pleasantries with family members.

He was later driven to his uphill mansion from the airport at about 09:58 am.