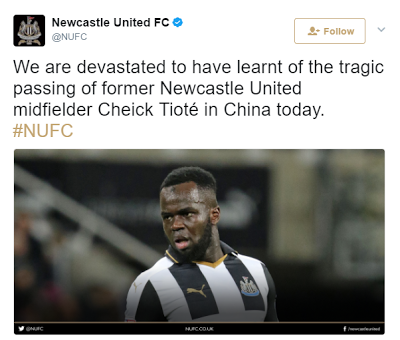 Former Newcastle midfielder Cheick Tioté has passed away at the age of 30 after collapsing in training with Beijing Enterprises in China in the early hour of today.

The Ivorian joined the Chinese club in January after seven years at Newscastle playing 11 games before his death.

Craig Hope of the Mail and former Newcastle teammate and fellow Chinese import Demba Ba took to Twitter to express their sadness over the loss of Tiote. 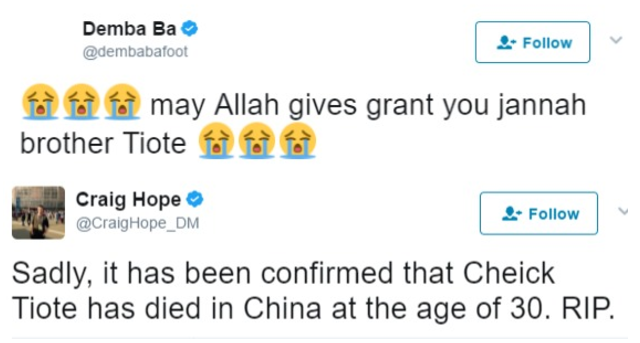