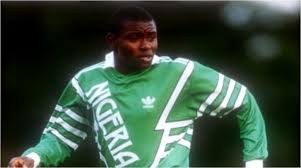 According to Mr. Tyowua, Imenger who had been ill for a while died at the National Hospital in Abuja in the early hours of Monday morning after a protracted illness.

The death of the ex-footballer and Lobi Stars’ team manager is a huge loss to lovers of football in the country. Meanwhile, the management of Lobi stars football explained burial date will be announced after consultation with the family.

Imenger was part of the Super Eagles in the mid-90s and was part of the team that played at the 1995 FIFA Confederations Cup (King Fahd Cup) in Saudi Arabia. He was the second-youngest member of that team at 19 years.