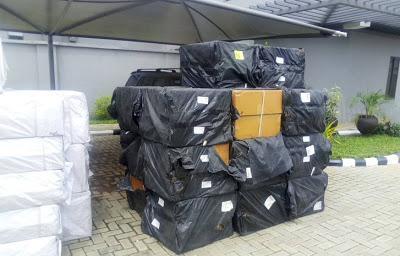 The MMIA Commandant of the NDLEA, Ahmadu Garba, told journalists on Thursday that the drug was imported in two batches from India and was recovered at the shed of one of the grounds handling companies at the airport.

According to him, the agency was unable to trace the importer and no clearing agent has come forward to clear the consignments.

“The seized consignments were imported into the country through the United Arab Emirates’s airline, Etihad Cargo,” he said.

Four Tonnes Of Tramadol Impounded At MMIA was last modified: May 18th, 2018 by Reporter