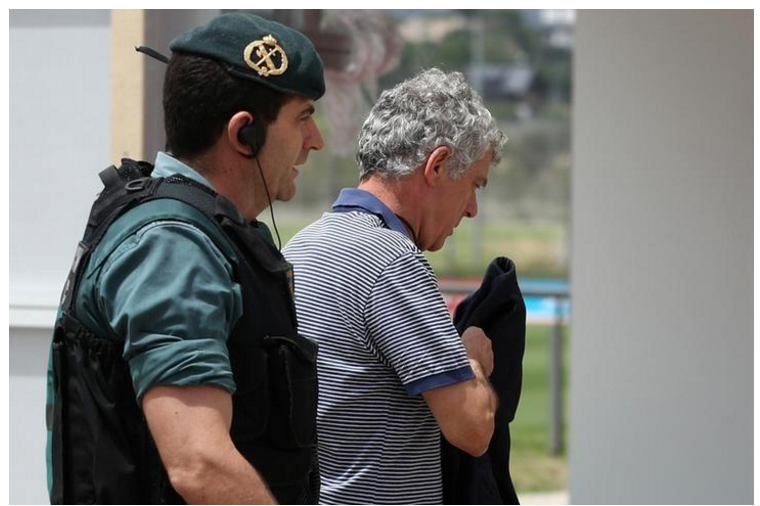 Suspended Spanish football federation RFEF boss Angel Maria Villar has resigned from his senior roles with FIFA and UEFA following his arrest in Spain last week, the global and European soccer bodies said on Thursday.
Villar, his son Gorka and two other football federation executives were detained on July 18 on allegations of collusion, embezzlement and falsifying documents. Villar, who has denied all the allegations, was refused bail.
He is the latest leading official to be arrested or banned in a corruption scandal which has swept the world’s most popular sport.
A FIFA spokesperson confirmed to Reuters that the 67-year-old had resigned from his positions as senior vice-president and member of the decision-making FIFA Council, which he had sit on since 1998.
UEFA also confirmed that Villar had stood down after 25 years on its executive committee.
“Angel Maria Villar (has) tendered his resignation as Vice President of UEFA and member of the UEFA Executive Committee with immediate effect,” UEFA said in a statement sent to Reuters.
“Following his resignation, Villar will no longer have any official functions at our organisation.”
UEFA said its president, Aleksander Ceferin, had accepted Villar’s resignation and had thanked him for his many years of service to European football.
“In view of the ongoing court proceedings in Spain, we have no further comments to make on this matter,” the statement said.
Villar, a former Athletic Bilbao and Spain midfielder, had headed the Spanish federation for 29 years and was re-elected for an eighth term in May.
It has named Juan Luis Larrea as its interim president after Villar was suspended by the state sports body, the Consejo Superior de Deportes (CSD), on Tuesday.
Since 2015, several dozen leading officials, mainly from Latin America, have been indicted in the United States on corruption-related charges.
Several have pleaded guilty and are awaiting sentencing, others have pleaded not guilty and are awaiting trial and some are in their homeland where they are fighting, or have avoided, extradition.
Former FIFA President Sepp Blatter has been banned for six years and former UEFA chief Michel Platini for four by FIFA’s ethics committee.

HIV: Vaginal ring ‘proves successful’ to be tested in Africa