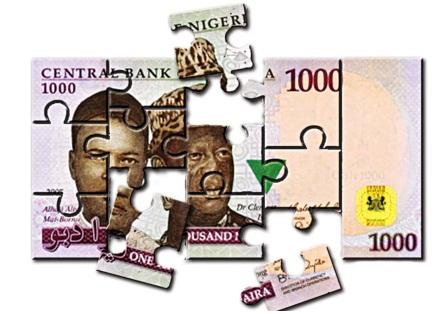 The Nigerian Naira continued to depreciate against the U.S. dollar on the parallel market, despite the claim of a steady rise in the foreign reserves.

The local currency lost N3 from N507 it traded on Tuesday to exchange at N510 against the U.S dollar on Wednesday.

While both the Pound Sterling and the Euro-single currency were exchanged at N625 and N535 respectively.

At the Bureau De Change segment, the Naira closed at N399 to a dollar, a CBN stipulated rate. While the Pound Sterling and the Euro-single currency traded at N626 and N537.

On the interbank market, the Naira traded at N305 to the dollar, the same rate it traded on Tuesday.

Traders across all the segments have attributed the recent drop in the Naira value to the activities of some speculators and currency hoarders that will do anything to profit at the expense of the Nation.

The Minister of State for Petroleum Resources, Dr. Ibe Kachikwu said on Tuesday that the nation lost about $100 billion to militant attacks last year, which according to him has reduced foreign exchange revenue by the most in recent time and hinder the Central Bank of Nigeria from consistently servicing the economy with adequate forex.

The Free Fall Continues…Naira Crashes To Record Low Of N510 To $1 was last modified: February 16th, 2017 by Daniji Emmanuel