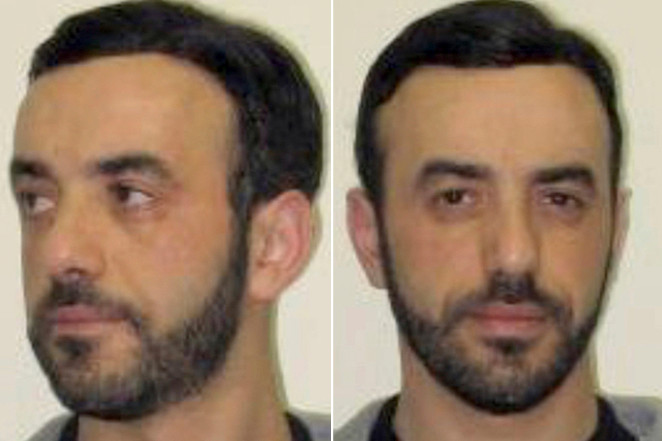 Three months after his spectacular helicopter escape from a french prison, police caught one of France’s most wanted men in a pre-dawn raid Wednesday, finding the gangster holed up in his hometown north of Paris.

She said the criminal — who is infamous in France for twice escaping from behind bars — would be jailed in a high-security prison with “extremely tight surveillance” and will be prosecuted for his latest prison break.

Faid, 46, who had a long career as a serial robber, had become well-known in France after writing an autobiography. Before his latest prison escape, he was serving 25 years for the 2010 death of a police officer, 26-year-old Aurelie Fouquet, killed in a botched robbery.

Faid escaped from Reau prison on July 1 with the help of armed, masked men who took a helicopter pilot hostage, forced him to land in the prison’s yard, used power tools to break through the prison doors and hustled Faid to freedom.

Prime Minister Edouard Philippe visited the Judicial Police headquarters in Nanterre, where Faid and others arrested with him were initially taken, to congratulate investigators for tracking Faid down. It was Philippe’s first act wearing a double hat after the sudden voluntary departure of Gerard Collomb from his post as interior minister.

The Paris prosecutor was holding a news conference later Wednesday and was expected to provide details of Faid’s capture.

Some 80 police officers descended on the small apartment in Creil to make the arrests, French media reported.

BFMTV showed scenes of the disheveled interior inside the fifth-floor apartment where Faid was caught around 4 a.m. Wednesday, reporting that a revolver and automatic pistol were seized at the scene. The information could not be immediately confirmed.

The Le Monde newspaper reported that two men, including Faid’s brother, and a woman were taken in with him.

In late July, French police spotted Faid in a car and launched a chase that ended in a shopping center parking lot in Sarcelles, a northern Paris suburb. Faid and another man abandoned their car and fled. Fake explosives inside the vehicle and fake license plates added to a growing stack of clues leading to his capture.

Faid had escaped from behind bars before — the previous time using explosives hidden in tissues.

Faid told the newsweekly Le Point in 2010 that he learned how to attack armored vans, his dream, by dissecting scenes from Michael Mann’s 1995 movie “Heat,” about professional bank robbers, which he said he saw 100 times.

Faid claimed he met Mann in Paris for the premier of another film and told him “you were my best prof (professor) … but you messed up my life.”